One member was awoken very early by a swallow constantly twittering right outside the window, (photo taken through the window). 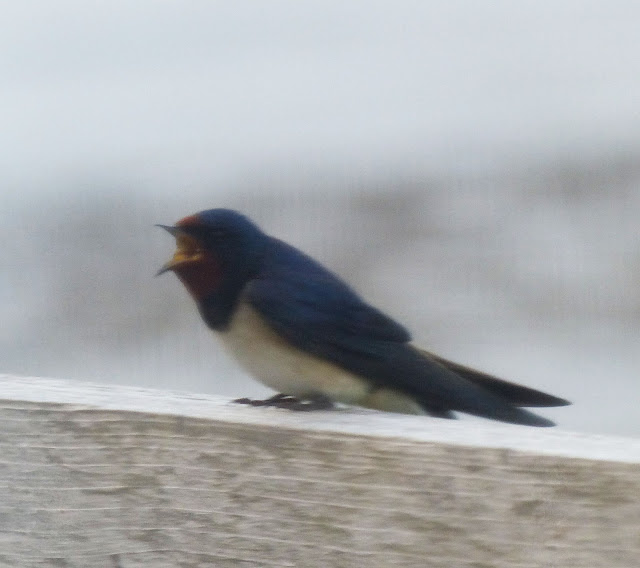 When the sun shone later a Humming Bird Hawk moth fed on the Valerian. June is the best time to come across these iconic insects on the island. 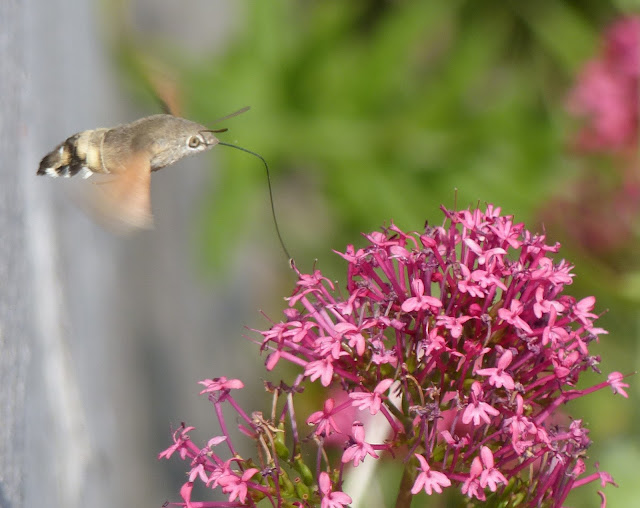 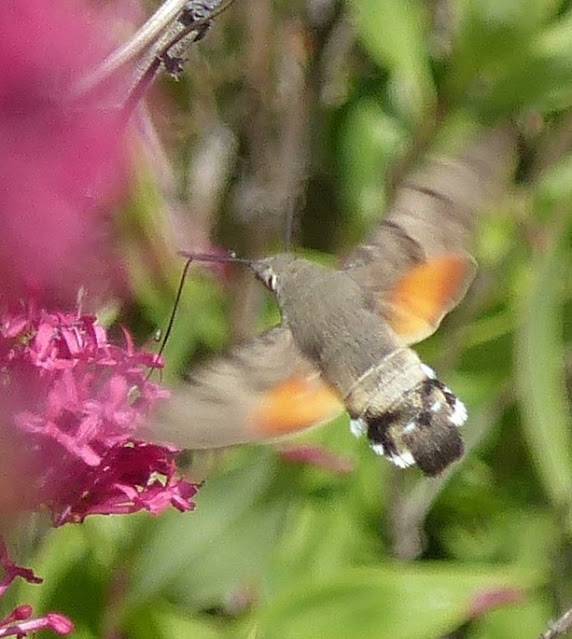 Cinnanbar moths are now prolific, 23 were seen today. Just a few waders were on the shore but in addition to the 8 Turnstones and 4 Curlew, 2 Whimbrel flew by the north end. 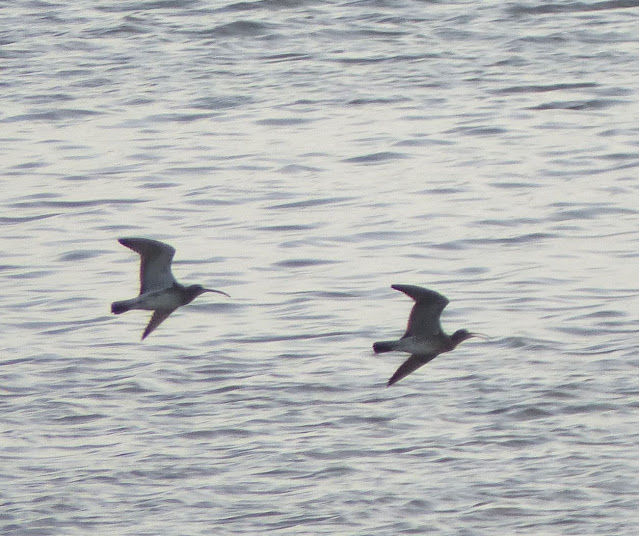 One of the 3 Little Egrets was in the rock pools on the west side rather than in the gutter which is their usual spot. 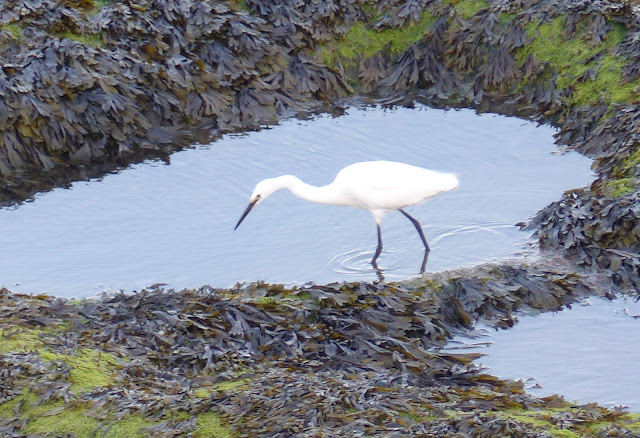 The female Eider is still about, as were 3 Shelduck on the shore. 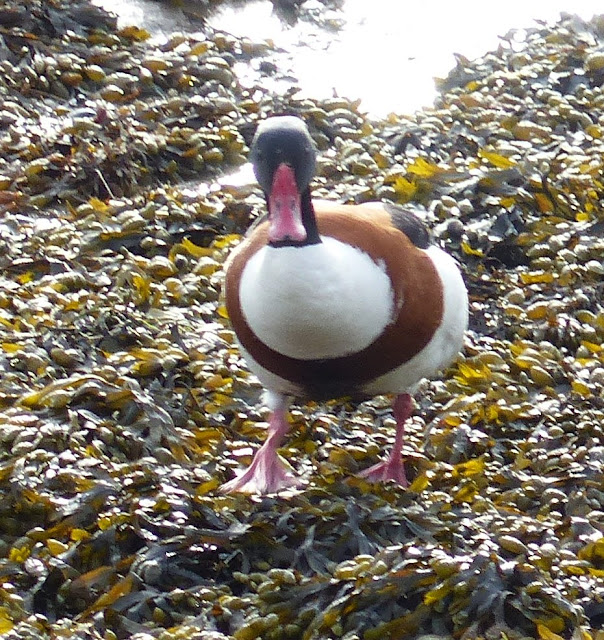 Photos AS
Posted by Colin Jones at 13:56 No comments:

A pleasent day on the island was enhanced by the finding of a juvenile Stonechat which was then ringed. The odd young Stonechat finds its way here regularly in midsummer. 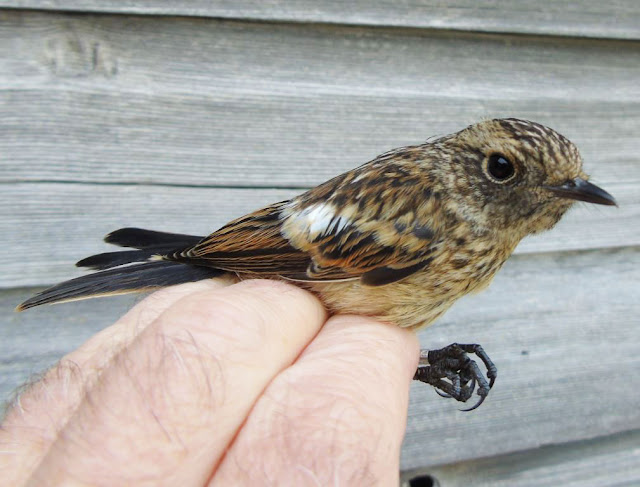 Six young Linnets and a brood of Swallows were also ringed on the island today, and a Swift was seen  passing by. Seven Rock Pipits on the islands included a juvenile on Middle. 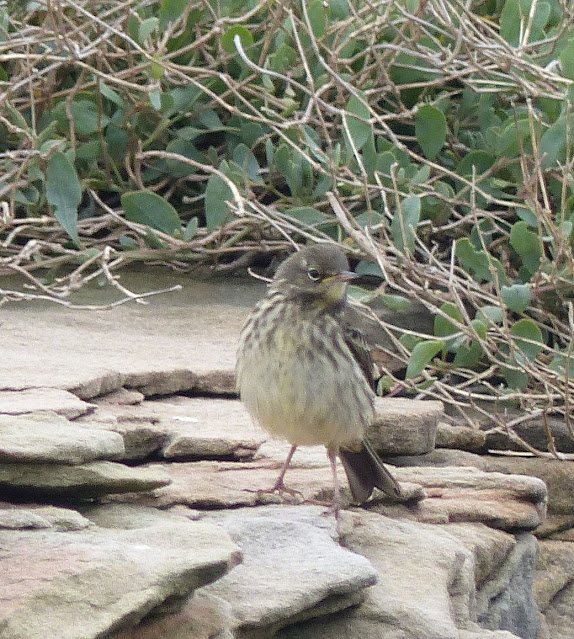 One of the Canada Geese around recently also made it on to the recording sheet when it appeared in the gutter by the obs. 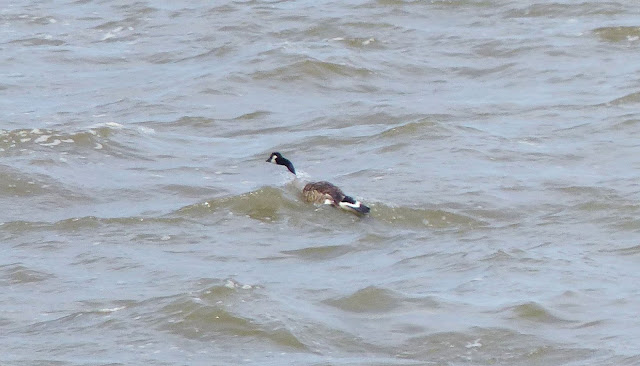 About 120 Knot flew about the north end after the tide, but few other waders are present now, so it was lucky to record 23 Turnstones and 60 Oystercatchers on the high tide. 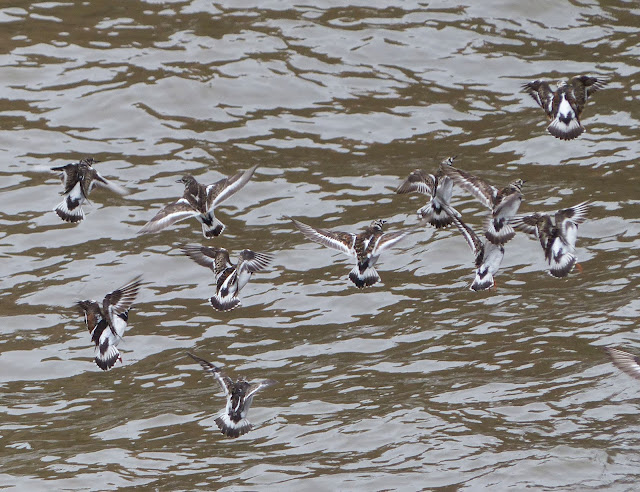 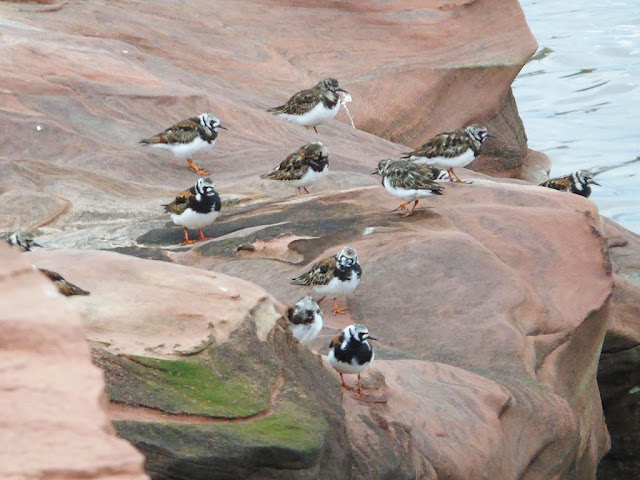 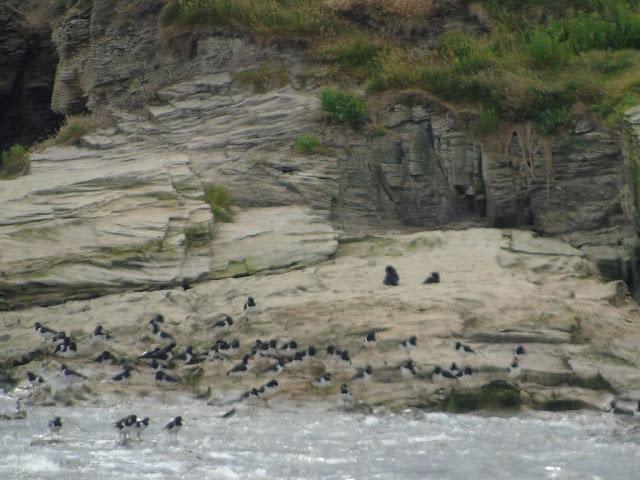 Ten Sandwich Terns were on the sea and other records included singles of Little Egret, Grey Heron and Peregrine, and later a Kestrel turned up on the island. 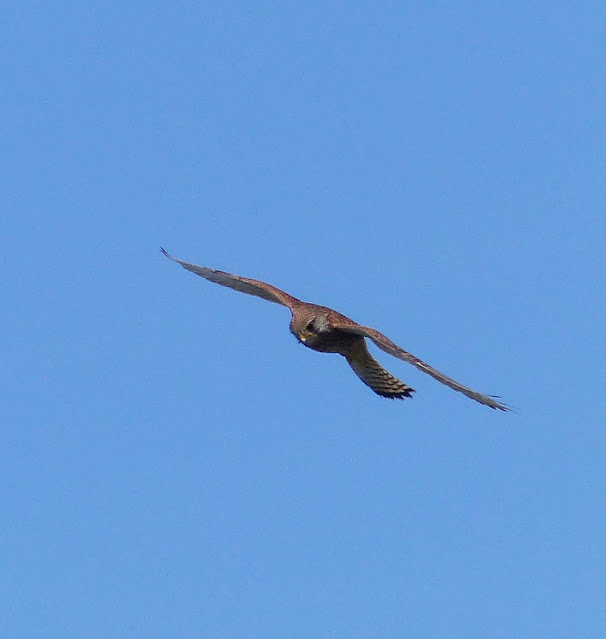 There were a reasonable number of seals hauled out on the west hoyle bank. 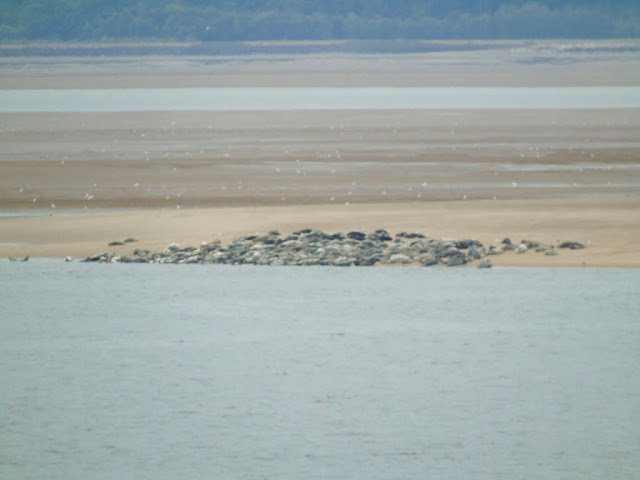 Cinnabar moths were the main insects of interest, 15 were recorded today. 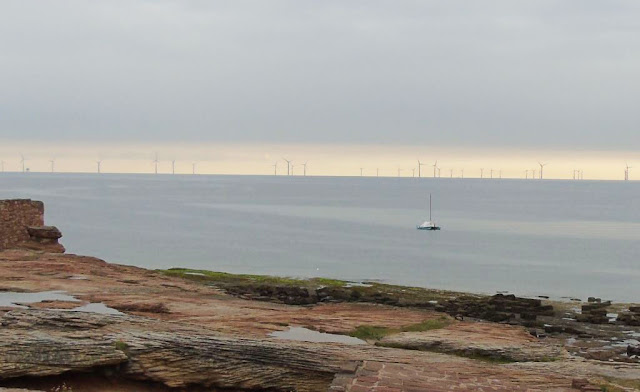 A relatively quiet morning was livened up when a Reed Warbler appeared in the obs garden mist net. 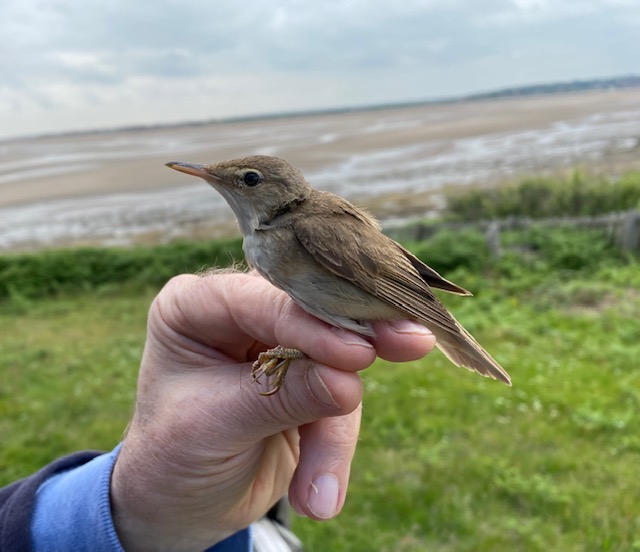 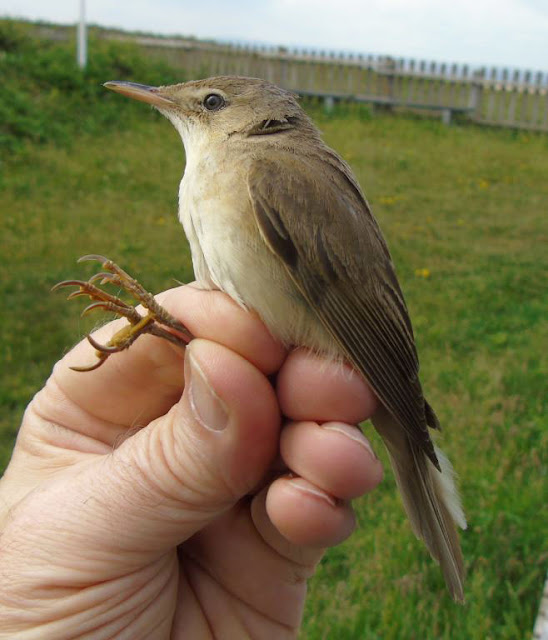 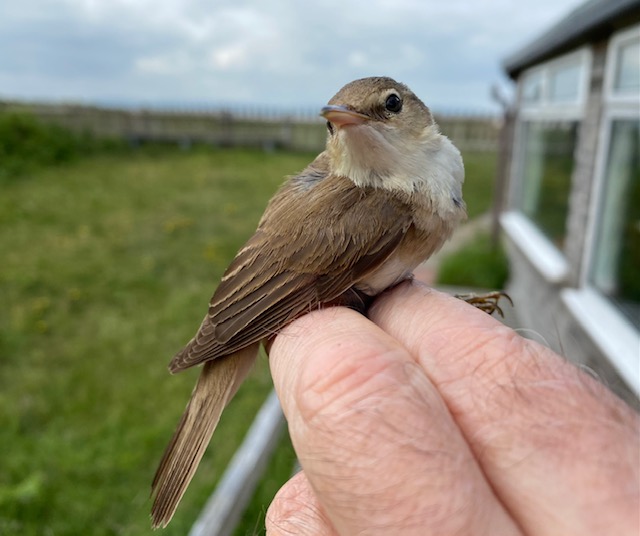 Reed Warbler is still a rare find at Hilbre with only about a dozen or so records to date, mostly in more recent years when they have bred more widely in northern regions of Britain. The last was in September last year, while even rarer acrocephalus species in the form of a Paddyfield and Blyth's Reed Warbler also occured here in the first week of June in 2009 and 2011 respectively. This is obviously a prime time for looking out for these related species at Hilbre. Prior to this excitement the female Eider was feeding off the west side of Middle early on. 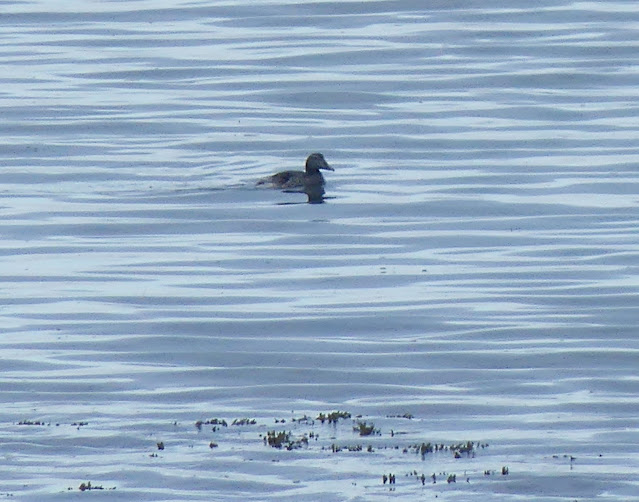 The group of Canada Geese are still flying about the estuary, today 3 flew east over the obs followed by another 11 that landed on the east hoyle with the Cormorants.

The ringing focus was on young Linnets which are now numerous, but only 4 however were ringed today. 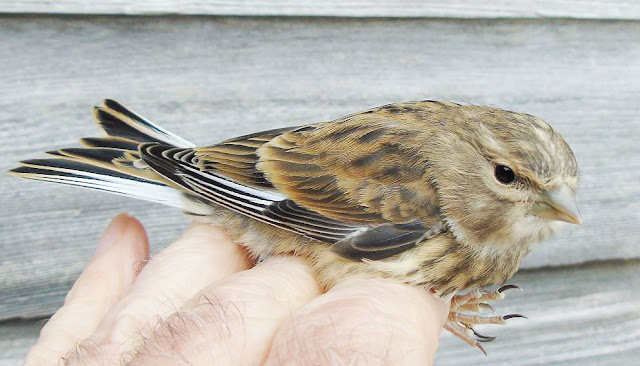 Very few birds inhabited the shore at low tide and the only waders seen were a small number of Oystercatchers and a single Curlew, but a total of 15 Little Egrets was pleasing. A House Martin was heard overhead and 2 Sandwich Terns called while feeding and the Shelduck did their thing near the island.

A Jellyfish was on the shore between the islands. 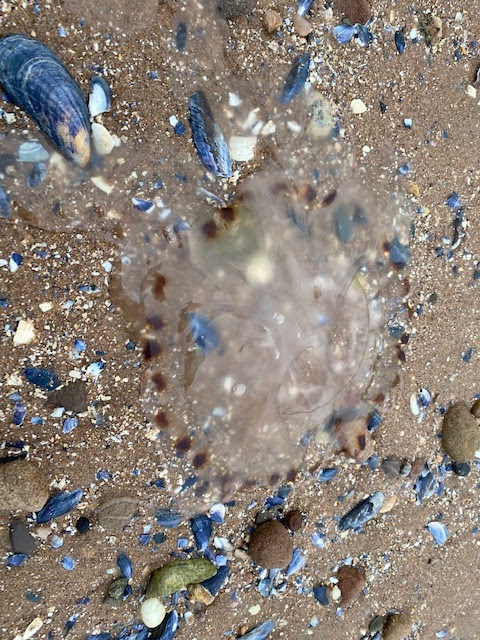 The wind was back in the east but arrivals were still scarce but 5 Swifts and 3 House Martins were welcome visitors. The female Eider was sighted again without the male, and Canada Geese continued the run of records over the last week with another 12 today. A juvenile Linnet was ringed and 2 juvenile Blackbirds and 2 juvenile Rock Pipits sighted. Apart from some Oystercatchers a Grey Plover was the only wader located today. Five Red Admirals flew and moths seen were 2 Cinnabars, a Small Square Spot, a Marbled Coronet and the larva of a Yellow-tail. 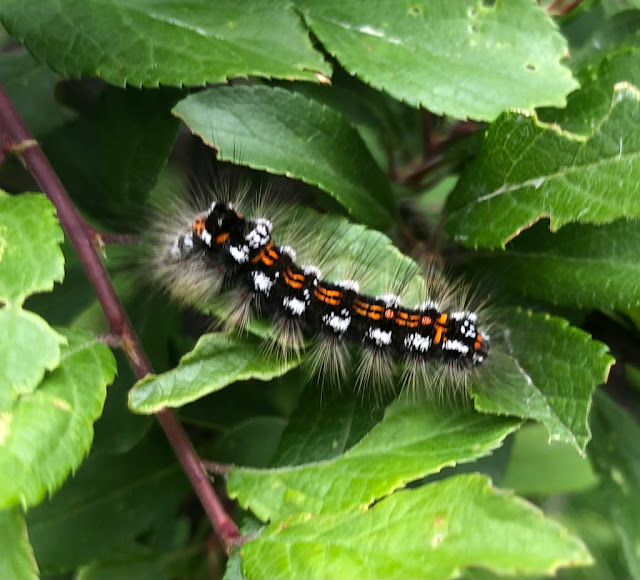 Photo SRW
Posted by Colin Jones at 17:51 No comments:

Not a great deal to report on a damp morning. Mallards numbered a higher than normal 7 including a single female, and 10 Little Egrets fed around the island where a Kestrel was present. A Sandwich Tern was the sole sighting on the sea. Braving the weather were a couple of Cinnabar moths and a Red Admiral butterfly.

A very clear morning with not a cloud early on made the first visit of the summer months a relaxing event. Breeding birds were of course much to the fore with Meadow Pipits, Blackbirds, Swallows and Linnets the most noticeable. 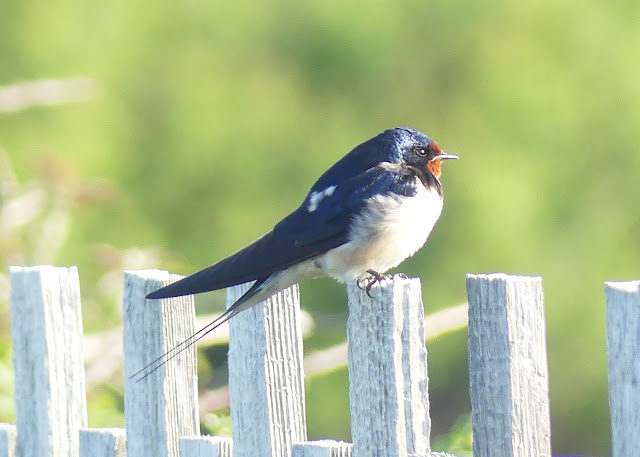 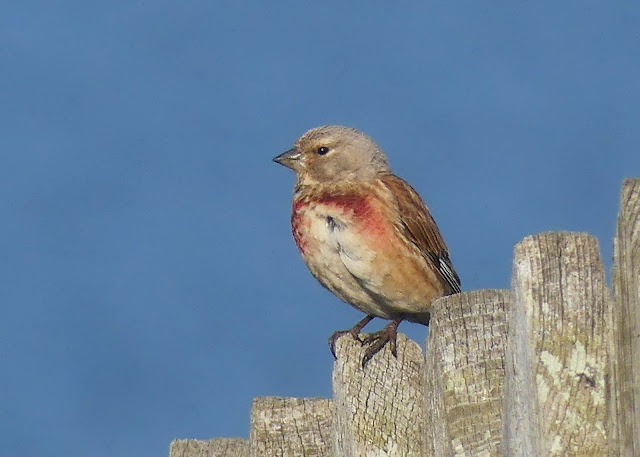 It was also obvious there were more young Linnets bouncing around in the paddocks this morning. A female Eider was feeding off the north end, but the male was not to be seen today. 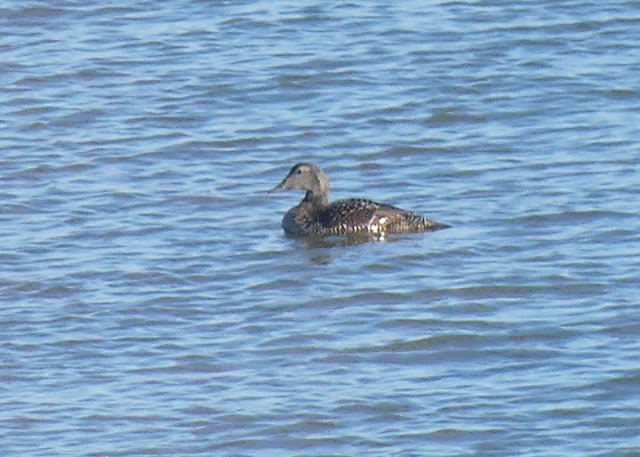 Woodpigeons continue to make visits even though the spring is officially over, one flew about for about half hour before exiting to the south. More unseasonable arrivals were 35 Canada Geese that were calling in flight off the West Kirby shore, then 15 of them lined up to do a float passed the north end.

Mid-morning a late Willow Warbler turned up in the obs garden after being sighted on the bramble to the west of the building. There were 9 Shelduck and 2 Grey Herons, while terns did not show until the approaching tide when there were 4 Sandwich and 3 Common. No butterflies flew in the morning time, just 3 Cinnabar moths.

A brief look around before departing from an overnight stay was in time to see 30 Gannets on the sea, a LIttle Egret and both male and female Eiders.