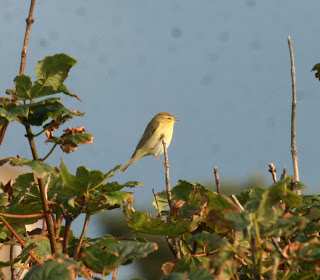 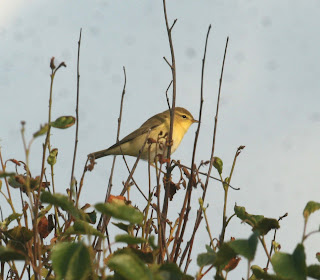 A small 'fall' of warblers, the first of the autumn, comprising 6 Willow Warblers (above) and a Whitethroat arrived unexpectedly on a westerly wind this morning. Most of the Willows were young birds in bright sulphur yellow plumage, except for a duller adult still in main wing moult (below). 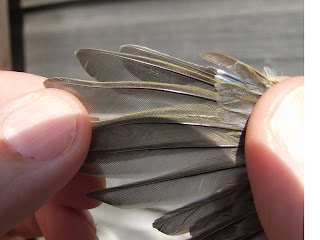 Two Swallows fledged from the nest last week and the parents still seem to be in the area, while lots of young Linnets are about despite apparently being less nests this year. 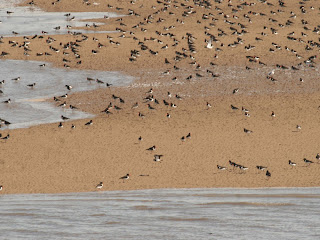 Terns were counted at 170 Sandwich mostly on the east hoyle and 100 Common on the west hoyle, and waders are already on the increase with 750 Oystercatchers and 45 Turnstones mostly in summer plumage.
A female Peregrine flew over the island and a wandering Lapwing made a rare appearance landing briefly with the Oystercatchers and making it hard to see (above right, flying centre bottom of picture).
At the high tide 10 Whimbrel appeared and a Common Sandpiper was noted. 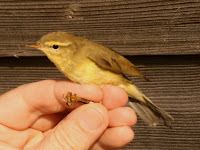 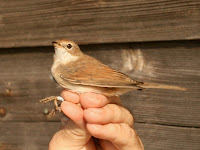