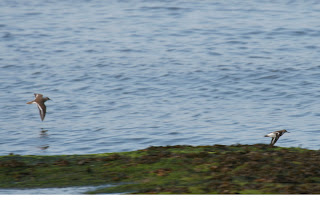 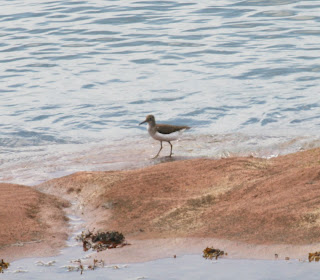 The first Common Sandpipers of the autumn (yes, for some species its autumn already!) spent the morning around the tide edge rocks (above). The 3 birds were constantly on the move and gave the photographer the run around to try to get a decent 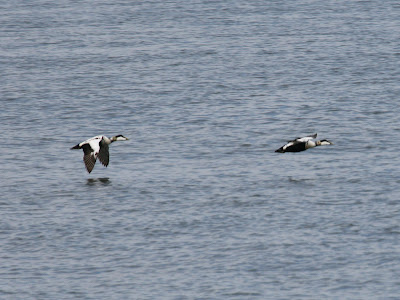 shot.
Also briefly in the area was the single late Whimbrel that was first seen some days ago. Other shore birds of note were 3 Little Egrets and a large group of 8 Grey Herons.
Ten Gannets were well out towards the wind farms but more obliging were 2 drake Eiders (right) that flew closely 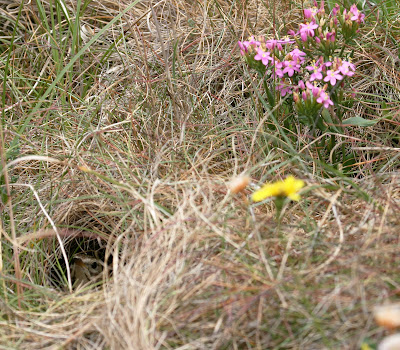 passed the north end late morning, but again a marked lack of terns with just a single Common Tern between the islands at high tide. 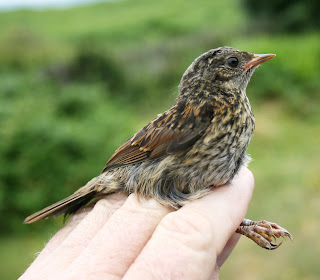 No hirundines at all today but there were 5 Swifts before 07.00hrs this morning.
Some Meadow Pipits are still on eggs (above), but there appears to be a new family of Dunnocks just out of the nest this week (right).
Ringed :- 4 Meadow Pipits, 1 Dunnock.
(DB,CJ) [307] photos CJ
Posted by Colin at 15:18