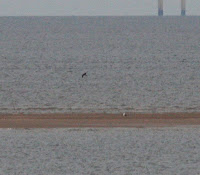 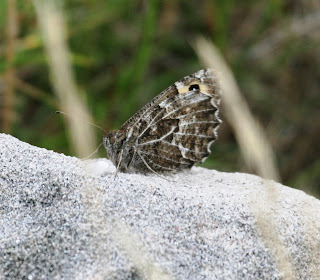 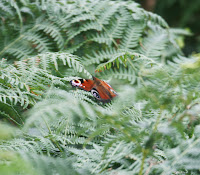 The first Swallow seen since Sunday was over the south end, and later 3 others flew west across Middle.
As the morning progressed butterflies became active including 2 Peacocks (above) and numerous Graylings (right).
Ringed:- 1 Willow Warbler
(DB,CJ) [337] photos CJ
Posted by Colin at 13:19