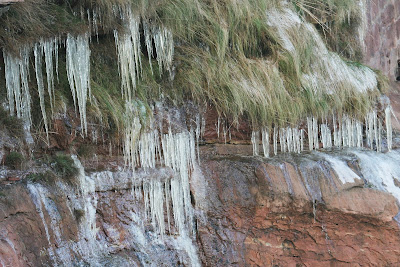 Icicles in Niffy bay (left) on another very cold day but luckily no wind chill to deter observers from being out in the field. Three Redwings went through early but some Song Thrushes (below) stayed with about 7 on the island all morning together with a single Blackbird. A Golden plover was between the islands before the tide and another flew east in front of the north end later and 4 Common Snipe were flushed from various areas during the morning. 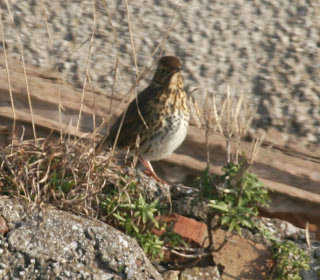 Besides the resident Dunnocks, Wrens and Robins there was just 1 Meadow Pipit and 2 Rock Pipits to be found, whilst overhead only a single Skylark and 3 Starlings showed all day. 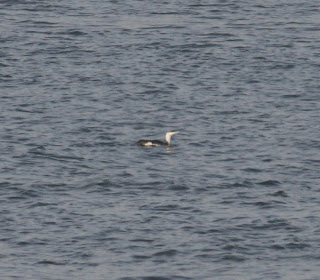 The sea was well watched and produced counts of 23 Red-throated Divers (left), 92 Great Crested Grebes (a large number but well down on Sunday), and 2 Guillemots. A Great Northern Diver was seen from Hoylake near to the green buoy (JET). 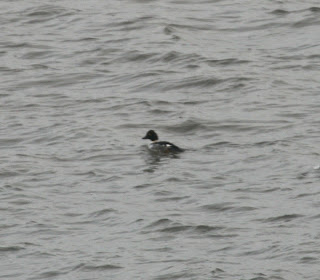