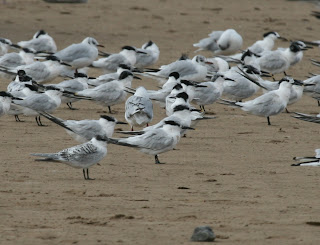 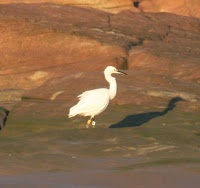 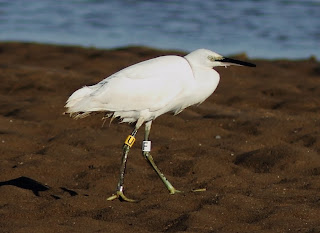 These add to an impressive list of colour-ring sightings at Hilbre during 2010 which of course included (but is not limited to) the Canadian ringed Pale-bellied Brent (plus a couple of other Brents), the Dutch ringed Oystercatcher plus sightings of our own ringed Turnstones and Redshank at Hilbre and elsewhere. Details of all our colour-ringed sightings can be found in our annual report. Photos SRW and S Reid (Little Egret above and in flight).
Posted by Hilbre Steve at 15:59