The island has been monitored by the bird observatory even over the Christmas period this year.  One of the obvious features at the moment is the amount of water in the main pond (below), it is at such a level that none can previously recall, almost up to the path, obviously as a result of the persistent rainfall this last 9 months. 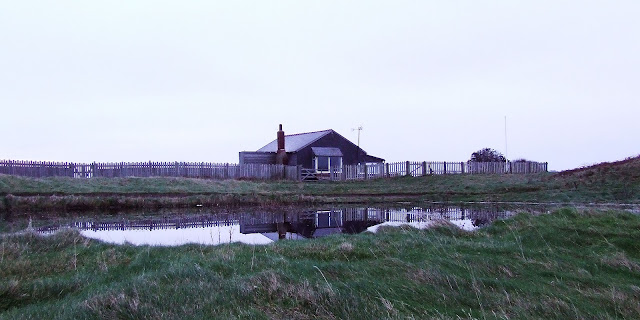