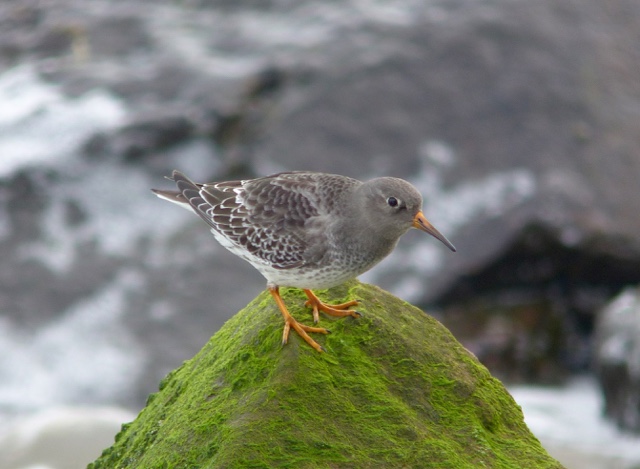 Recent gales brought sea watching into focus and the highlight today were 5 Bonxies, one of which was seen to catch and drown a juvenile Herring Gull.
Other sea-birds on the list were 16 Red-throated Divers, 120 Great Crested Grebes, 1,200 Common Scoters, 12 Guillemots, 12 Gannets and 2 Razorbills.
A single Little Egret hunkered down behind seaweed covered rocks out of the wind as observers left the island. 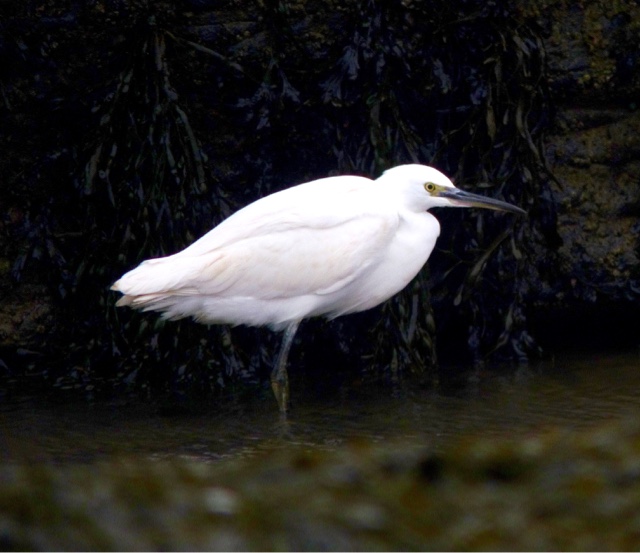 The only significant passerines were 2 Chaffinches, 2 Song Thrushes and 2 Rock Pipits, one of which was photographed so well it could be seen to be the one of the breeding pair that was ringed in April 2015, occasionally the Rock Pipit was also joined by a Pied Wagtail. 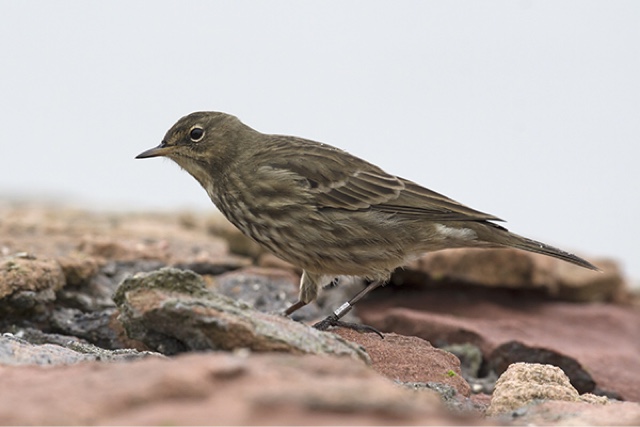 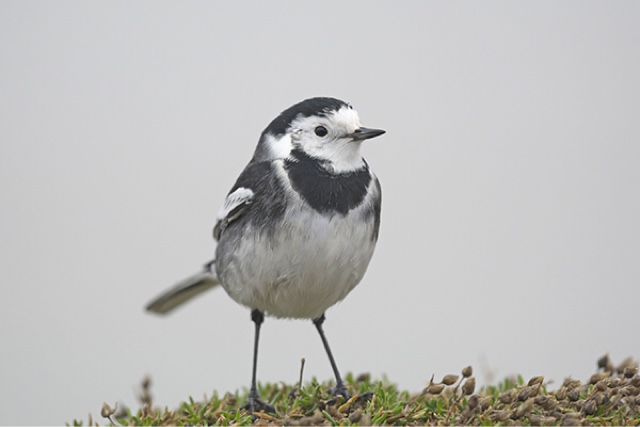 It was great to see the Purple Sandpipers increasing to 16 (a good number for mid November in recent years but sadly well below historical figures of this declining species at Hilbre) and over 2,500 Knot were noted. 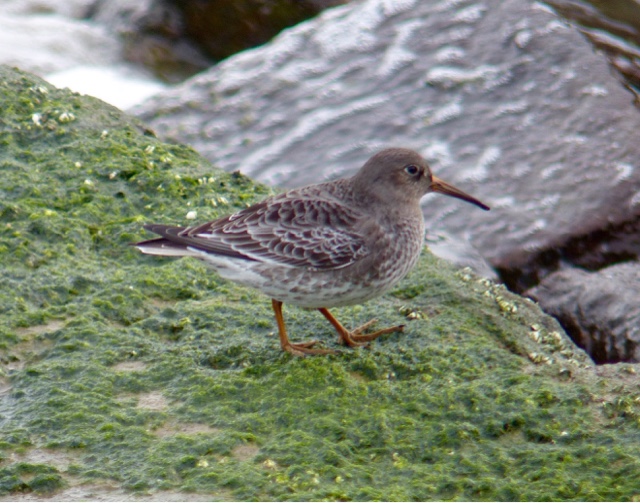