An early tide meant getting over to Hilbre in the dark to undertake the WeBs count. A walk around the island at first light revealed two Song Thrushes and the usual resident passerines. Between 08.00 & 09.00 over 1800 Cormorants were counted leaving the estuary and heading out to sea. Purple Sandpiper numbers were low and they didn’t roost in their usual place, only three birds were counted after the high tide feeding at the north end. Turnstone numbers were impressive with 114 counted roosting in Niffy Bay including the regular colour ringed bird from 2008/2009. Amongst the waders roosting around the island were 23 Ringed Plover and singles of Dunlin, Knot and Grey Plover. A juvenile Shag was found dead on top of the west side cliffs near the telegraph station. The large oystercatcher roost on Middle Eye included the leucistic bird seen and photographed on the 14th of December 2015. 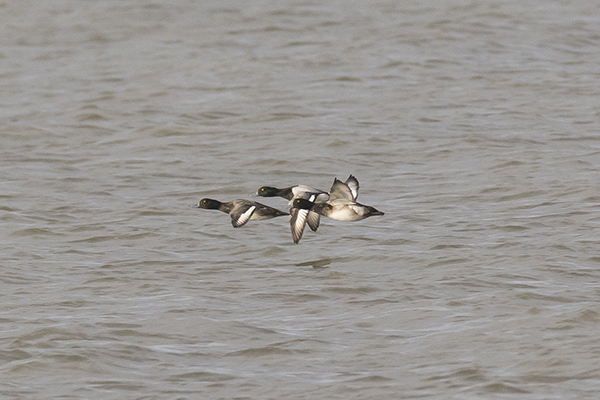 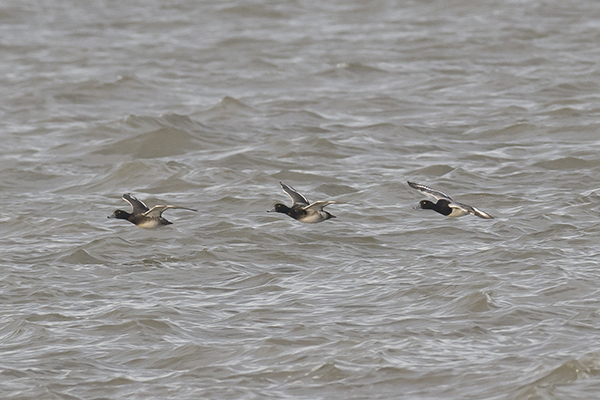 The sea was fairly quiet but a male Long-tailed Duck on the sea with a small flock of Common Scoter was a good find as were three Scaup that initially flew in from the windfarms and landed on the water briefly before flying towards the island and passing down the west side (above). 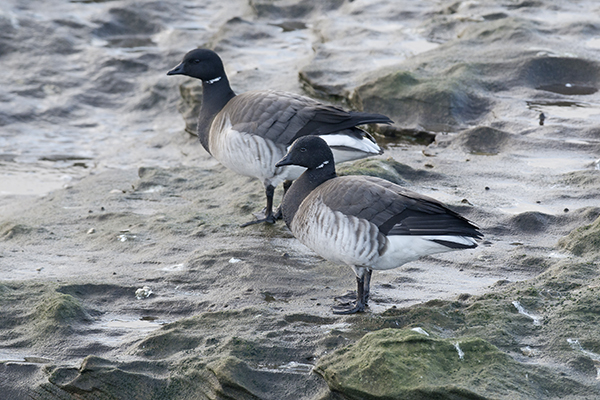 An accurate count of the Brent Geese (above) wasn’t possible as they didn’t fly in between Hilbre and Middle Eye as the tide ebbed. 12 birds roosted at the south end of the island but after the tide ebbed 124 were counted on the reef south of Middle Eye. The blue / white colour ringed bird was picked up as the observer left the island.
(PSW)  photos PSW