There were a few good records today considering it is the middle of June. A pair of immature male Eiders were distantly off the east hoyle tide edge at the flood, but they quickly flew off to the north, later at high tide a male Sparrowhawk flew down the island with the local Swallows in attendance until it left the island to the west (below,SRW). Both of these species are more expected in spring and autumn. 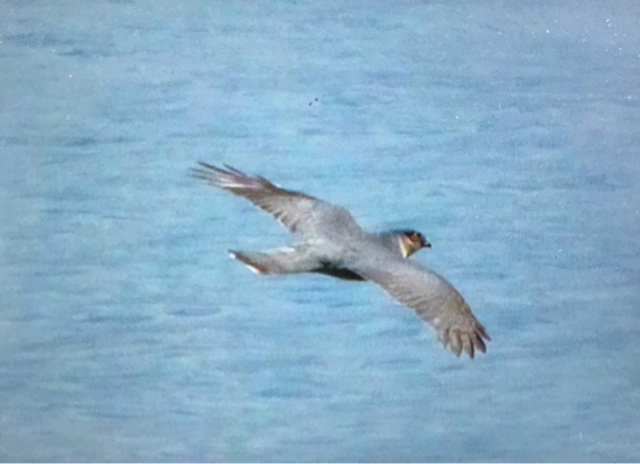 All morning there were about 150 Gannets feeding in a certain of the sea out towards the wind farms, it seems likely there were shoals of fish in the area, while many Common and Sandwich Terns were also diving, some close to the island.  Others on the sea were a flock of 15 Common Scoter and 4 Great Crested Grebes. Waders were particularly scarce, just 62 Oystercatchers, 2 Curlew and a single Grey Plover; none of the smaller wader species were found even at high tide.  [296-26]