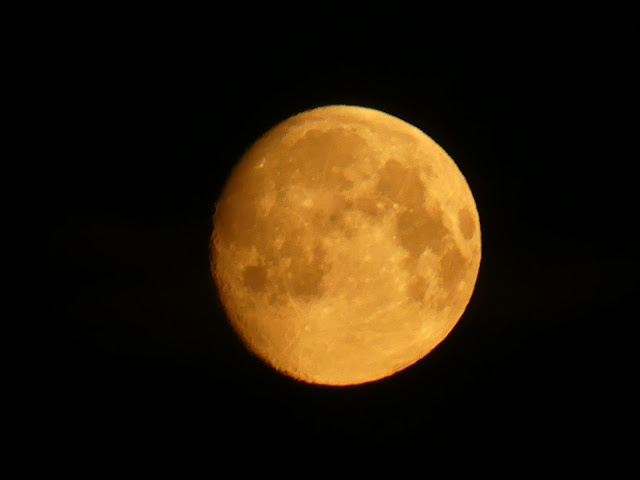 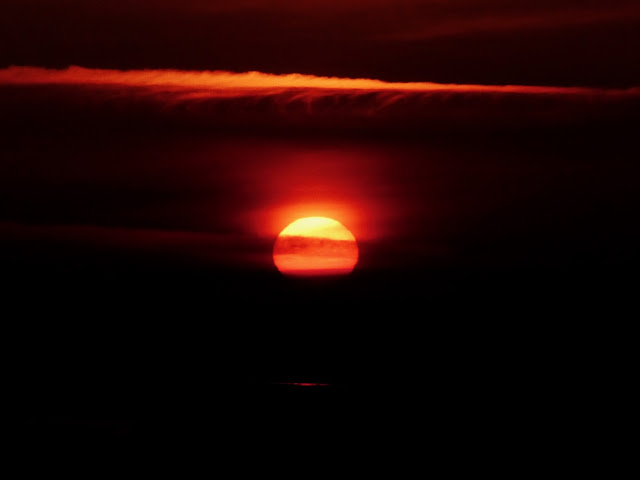 A scattering of Willow Warblers again this morning, about 20 coming through all told with 12 ringed, also 4 Siskins and a couple of dozen Lesser Redpolls, with 2 more ringed. 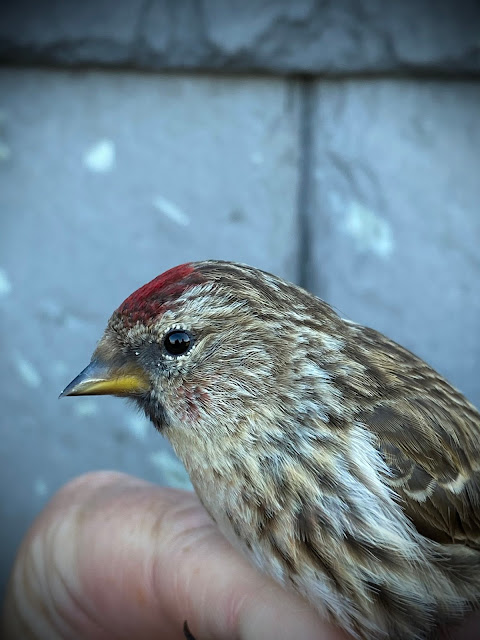 A Sedge Warbler was heard first round in the SK paddock but it took until near midday before it showed itself and was also ringed. This was the first record this year. 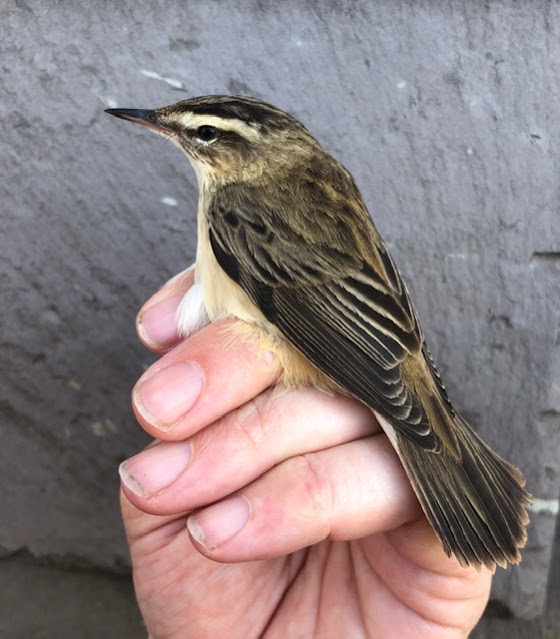 A House Sparrow (scarce on Hilbre) was both heard and seen, however unlike the Sedge Warbler it failed to stay about and was gone fairly quickly. A Merlin chased a Willow Warbler over the south end, and later a Peregrine flew off east pursued by gulls when carrying a large prey item, probaly a wader. 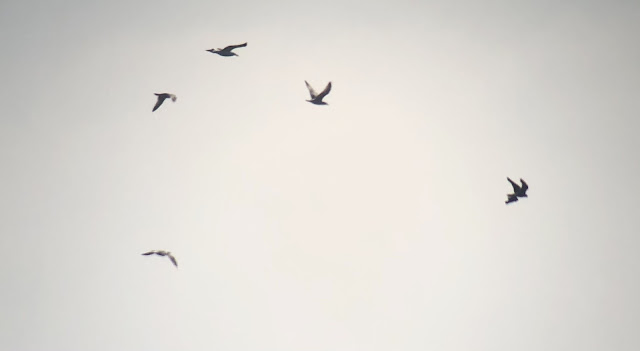 Wheatears started the day with 4 and then a hiatus until 4 more arrived late in the morning. 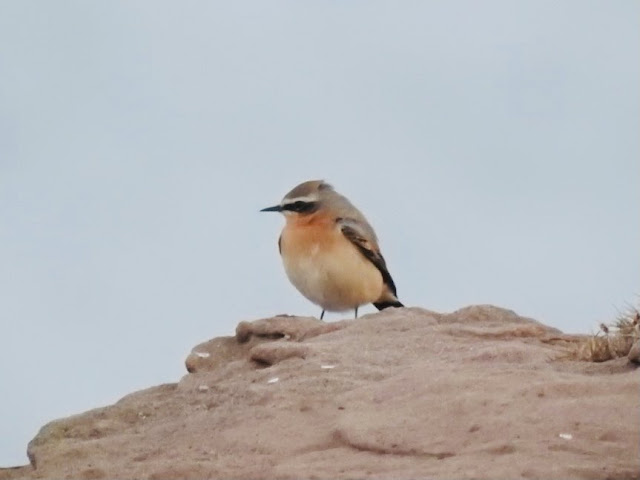 Sadly no Yellow wagtails today and just a single White represented the family (apart from the resident pair of Pied Wagtails). The single Blackcap present proved to be the bird ringed here 3 days ago. There were also no martins this morning, but a dozen or so Swallows arrived in off the sea. Whimbrel again featured with a new high estimate of 33 around the islands during the high tide period. 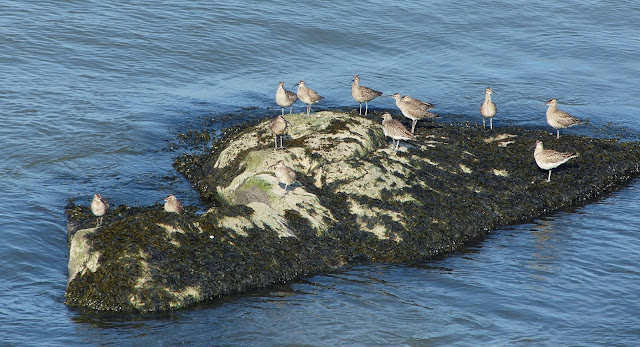 Pick of the other waders were 2 Bar-tailed Godwits flying west and 350 Dunlin, not forgetting the often overlooked Oystercatchers. 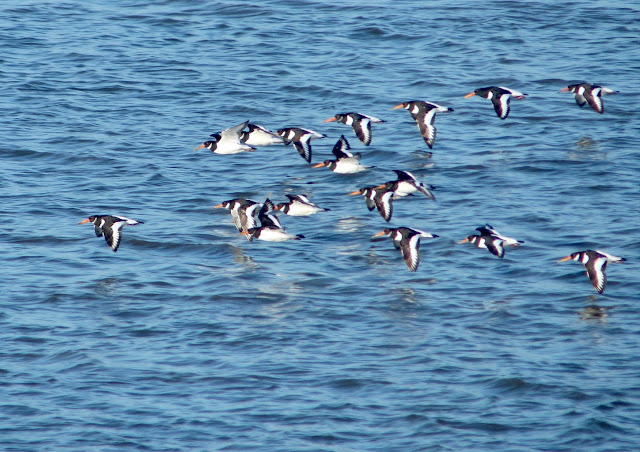 Members leaving the island mid-morning identified a Spoonbill over the West Kirby marine lake area flying in a southerly direction. Three Greylag Geese flew west across the top of the island, passing over the now 2 'resident' Canada Geese by the pond, 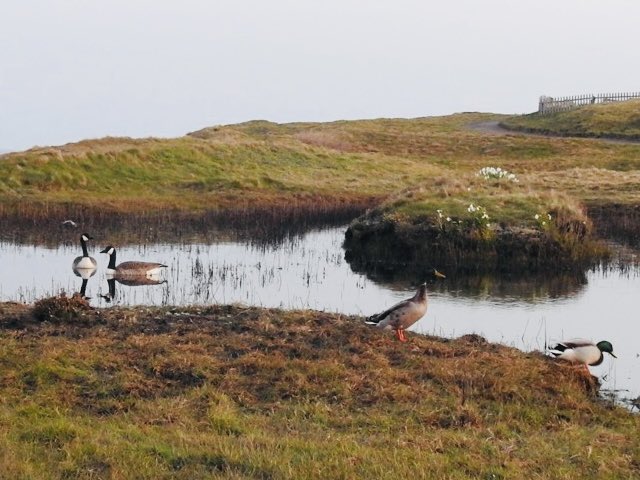 The drake Eider was at the north end early on. A single Jackdaw flew east and was the sole visitor corvid. Over 200 Gannets were off the west side, some feeding with the terns, some loafing on the water, while the sea otherwise was quiet but 4 Guillemots showed well. 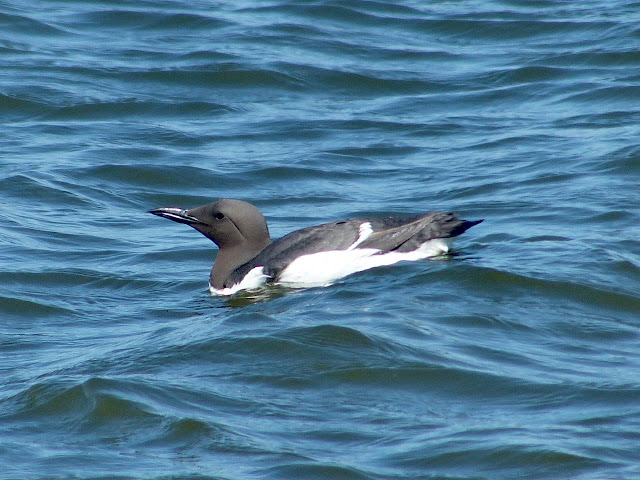 Four Little Egrets and 2 Grey Herons were in search of food on the shore. 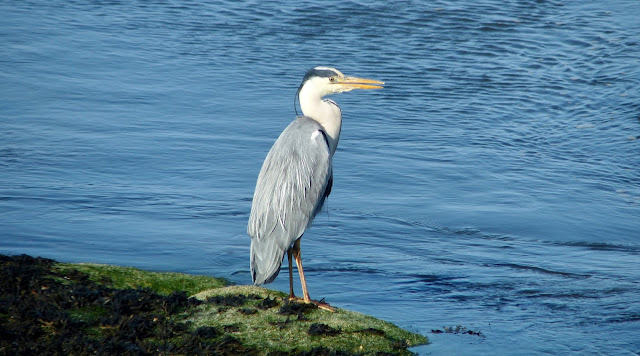 An Orange Tip butterfly among a few others enjoyed the sunshine. 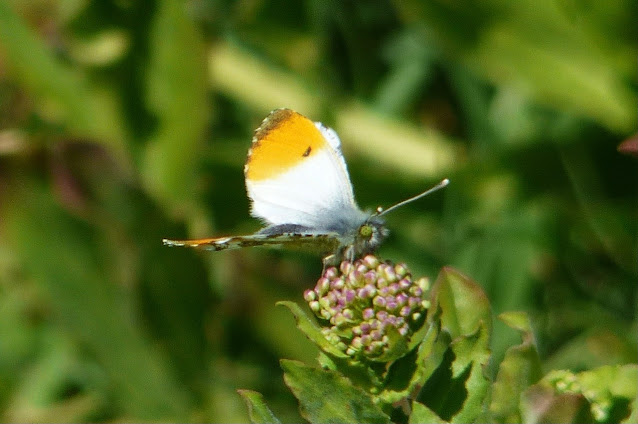 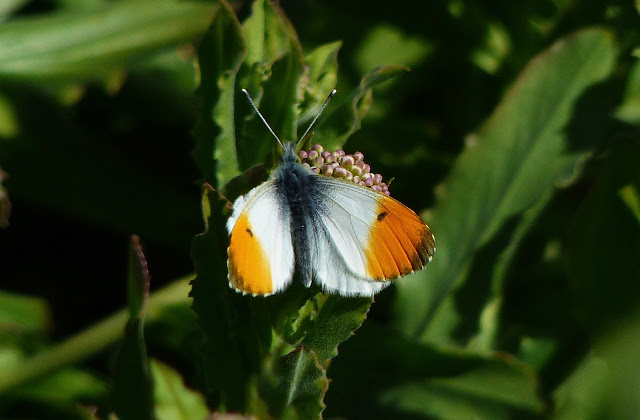 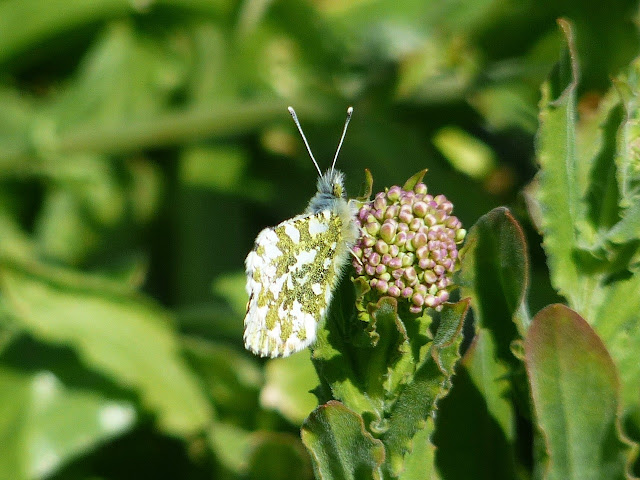 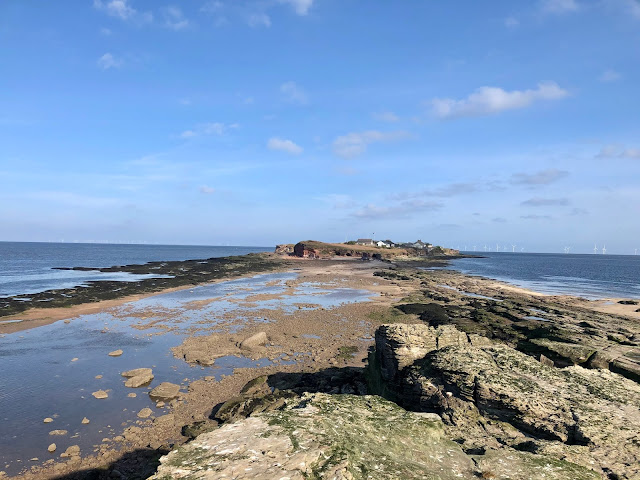