The weather was much the same as yesterday but some of the birds were quite different and a little strange for the time of year. After 20 Willow Warblers yesterday, none today and just a single Chiffchaff was new in among the phylloscopus warblers. The 3rd Grasshopper Warbler of the year was trapped in the 'heli' and was more expected at this time. 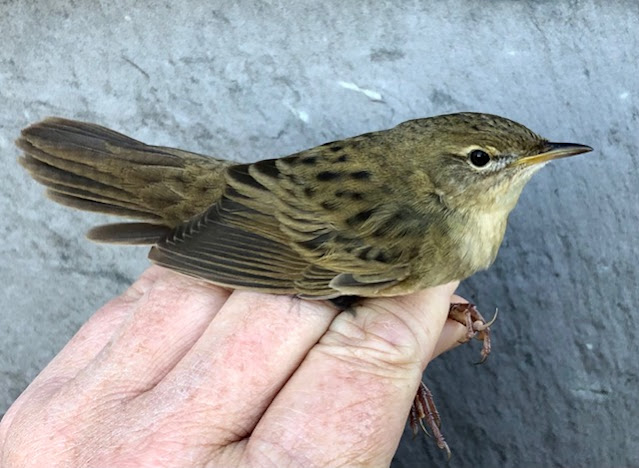 The most unexpected find for a long time also found its way into the 'heli', no other than a Common Snipe, not a rare bird but to see one sitting in the paddock in front of the trap was mind boggling as they are mostly seen in autumn or winter on the shore. This became the first ever to be ringed at the observatory in its over 60 years existance. 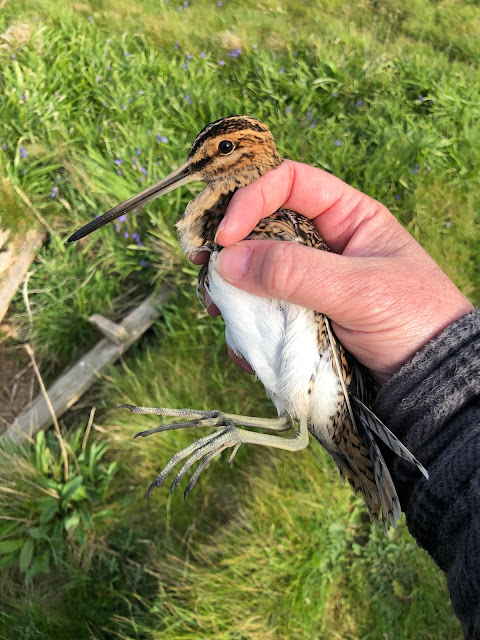 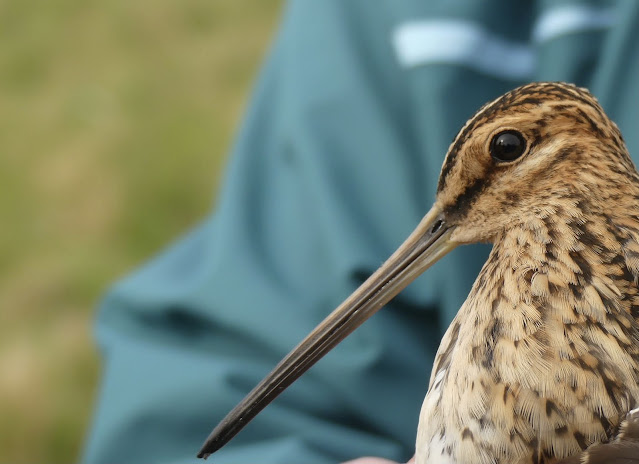 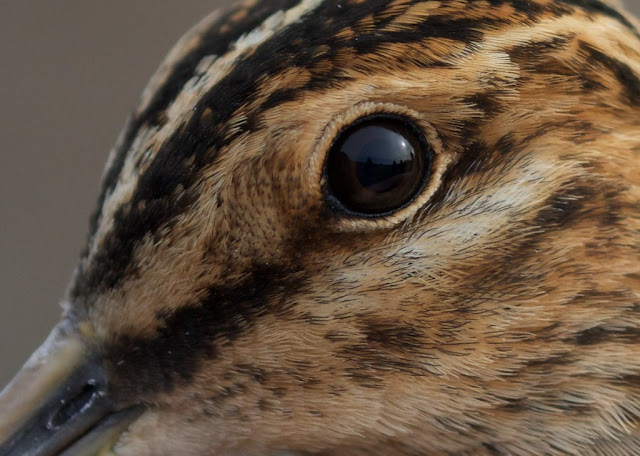 A few Yellow and White Wagtails made the log with 10 Redpolls and 8 Goldfinches also more mundane fare in the form of a Woodpigeon. Hirundines came through to the tune of a single House Martin, a dozen Sand Martins and about 40 Swallows. A pale-bellied Brent was on its own today and the 2 Canada Geese still stay by the pond until disturbed. Pinkfeet continued out of the Dee early morning, 220 flew today. A pair of Eider was floating off the west side of Middle, and we speculated on their breeding status, as we also did with the Shelduck, a total of 10 were seen. A distant Raven came into view at one stage. Gannets again fed off the west side on the rising tide with about 100 Sandwich Terns, and 18 Guillemots and a Razorbill were logged during the day. Among the waders 2 Purple Sandpipers hid on the cliff with the Turnstones. 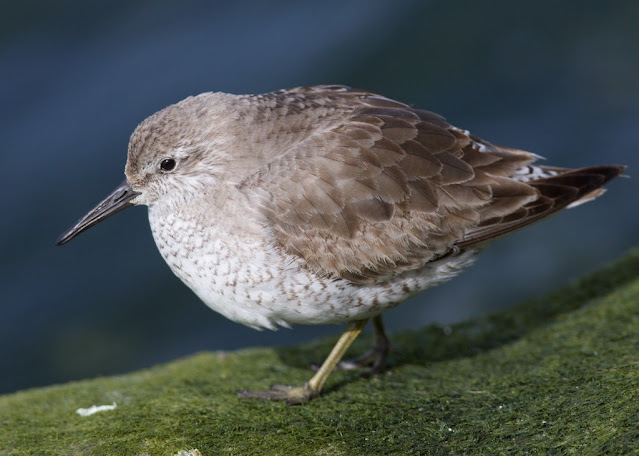 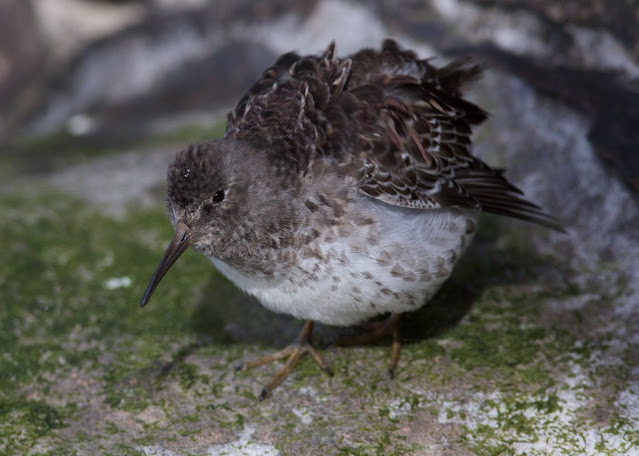 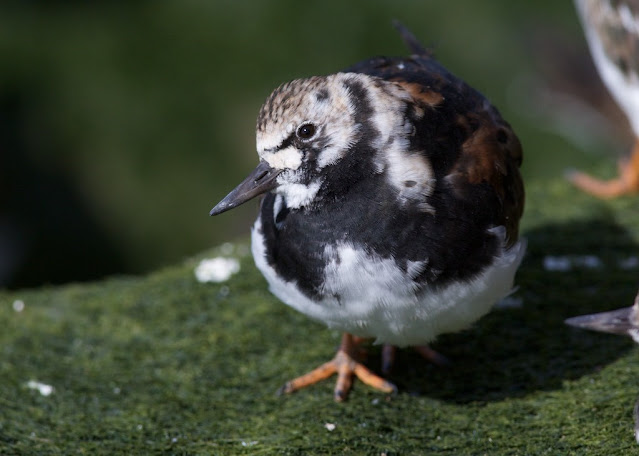 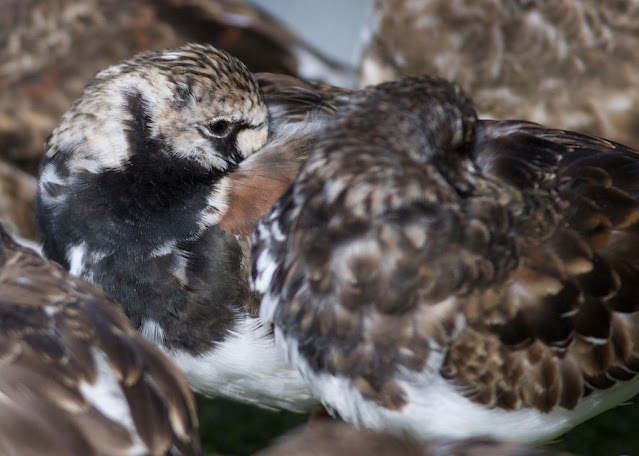 A total of 22 Bar-tailed Godwits flew about, while a single summer plumaged bird roosted the tide with some of the 19 Whimbrel. 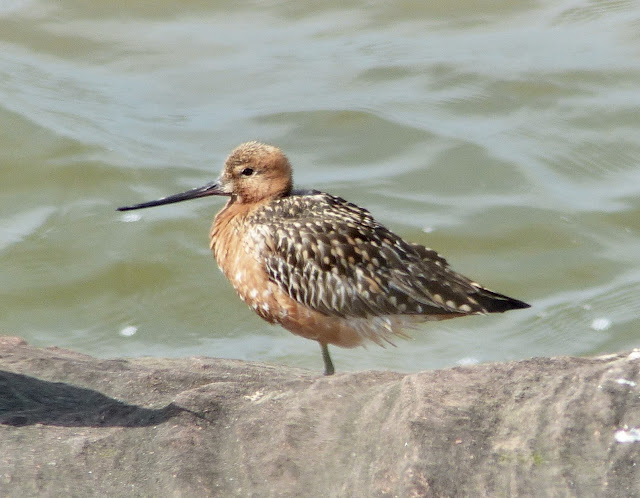 Two groups of Sanderling flew towards the north shore from Wales, about 40 in total. In the early afternoon a Sparrowhawk flew into the rocks below the obs.