On the sea 68 Gannets were feeding, as were the 230 Sandwich and 2 Common Terns, a Red-throated Diver and 20 Guillemots. The single Guillemot that has been close about seemed to be prospecting the cliff under the light. 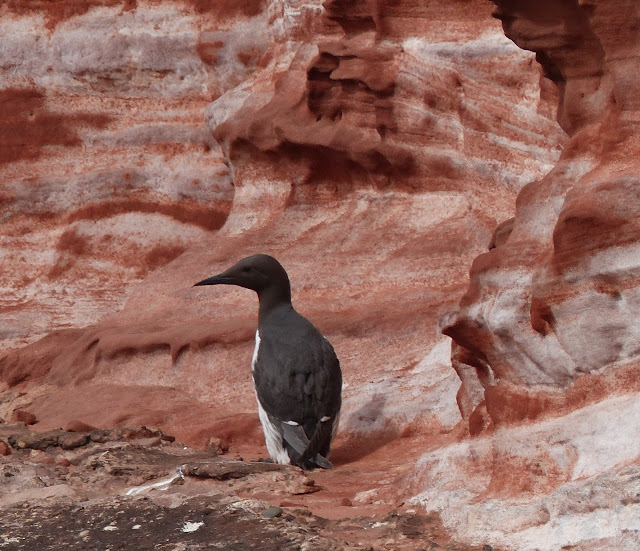 A Harbour Porpoise was also chanced upon. The pair of Eider are still here. A Raven was chased by the Crows south down the island, landing briefly above the slipway. 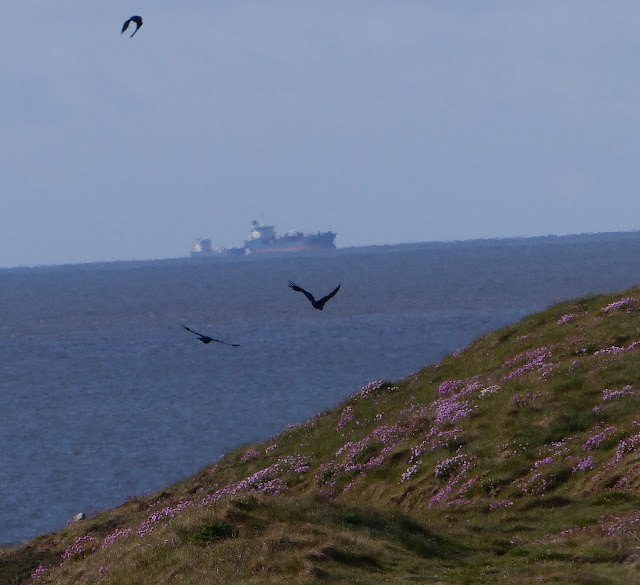 Three Swallows were on the island, while a Siskin and 3 Wheatears passed through despite the unfriendly migration weather. Over 20 Whimbrel are now to be seen and a summer plumaged Bar-tailed Godwit persists in associating with them. Two Purple Sandpipers are postponing their northward flight at the moment, staying about with 42 Turnstone. Four Sanderling were seen also 250 Dunlin. 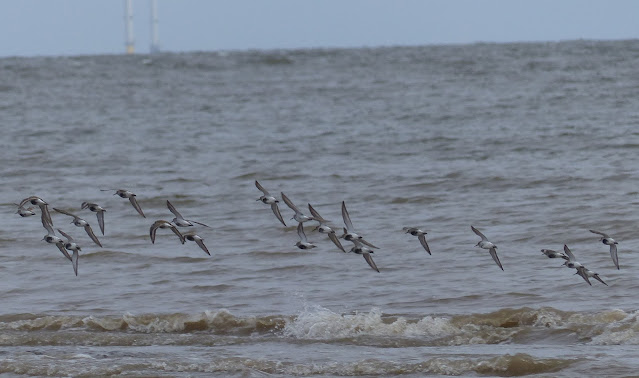 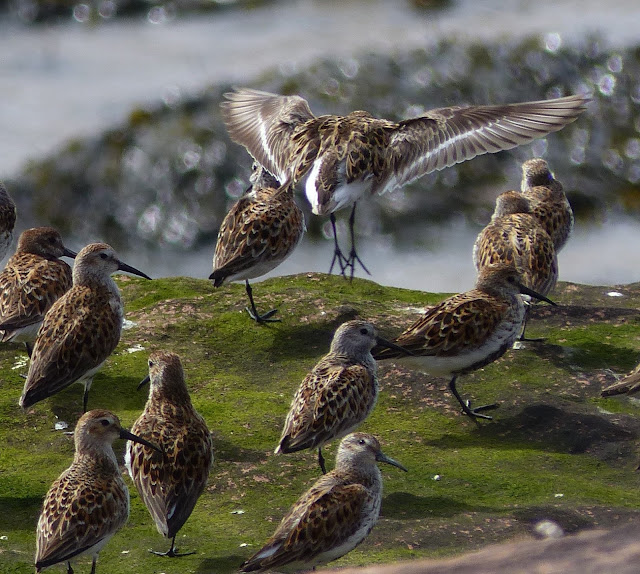 The male Pied Wagtail on the island is now in pristine plumage. 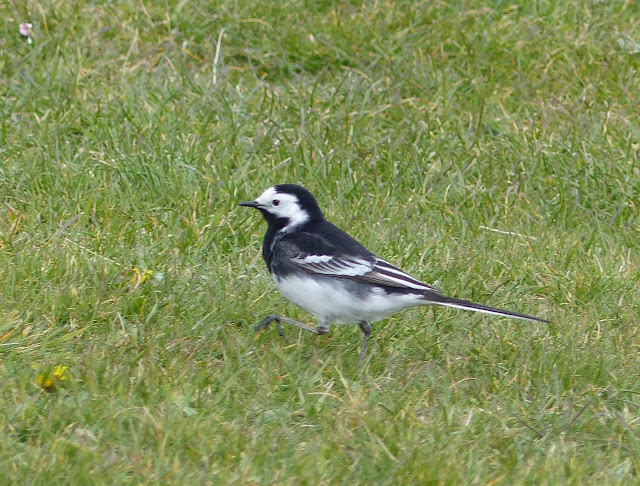 Just 1 Brent around the island today but the 2 Canada Geese seem settled.