Most Exciting Hilbre Birds of 2008 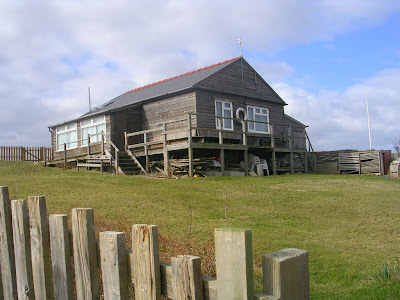 At this quiet time at the beginning of a new year we look back to a few highlights of 2008.
Pride of place must go to the Bluethroat that thrilled all who saw it during its day-long stay on 21st May, probably the most desired 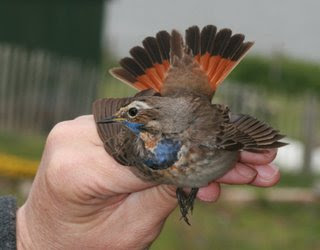 of the birds never to have graced the islands. 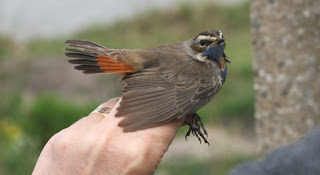 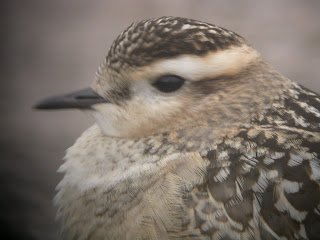 Another first for Hilbre was the Dotterel found on 27th September, unfortunately not
photographed (photo left is the bird at nearby Leasowe in September 2004). 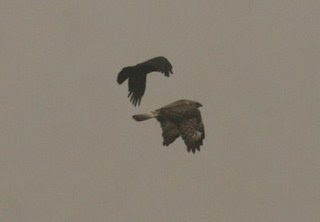 A Rough-legged Buzzard visited Hilbre on 6th November after being seen briefly on middle the day before. 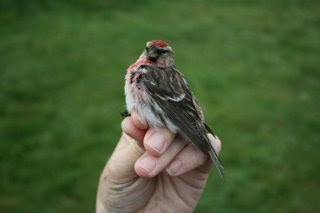 Two Mealy Redpolls were in the obs garden on 6th May and another was trapped on 9th. 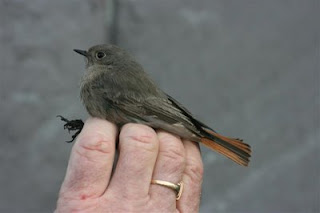 And the first Black Redstart for some years was ringed on 30th October.

Best wishes to all for 2009 and hoping (and expecting) more nice surprises will come our way !