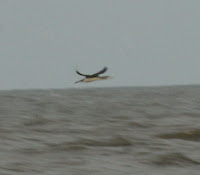 With very few passerines about sea watching was the order of the day, and observers were rewarded with 4 Red-throated Divers (left) and a Great Northern Diver twice flying passed to the west of the island; also on the sea were 21 Great Crested Grebes, 3 more late Gannets out by the wind farm and a group of 3 (1 male, 2 female) Goldeneye drifting out on the ebb tide. There were the usual residents on the ground (but no Meadow Pipits or Linnets) with just a single Goldfinch as a visitor and a flock of 21 Starlings overhead. A Merlin (right) arrived over the sea fresh from the mainland 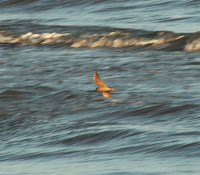 but did not stay to give better views.
Four Pintail flew north early and in the afternoon exceptional numbers (for Hilbre) of Wigeon were seen when 105 went north from the bird rock area and 73 flew south to the east of the island. The Brent appeared after the tide and were counted at a new high of 132.
A decapitated Canada Goose was found washed ashore on the east side. People can make up their own theories about that one !
The seal pup (see 2nd Dec) was again on the rocks near the north end, but was able to be photographed. Is it just a Grey Seal ? its appearance and behaviour is atypical for the island. If any seal experts are out there comments would be welcome. 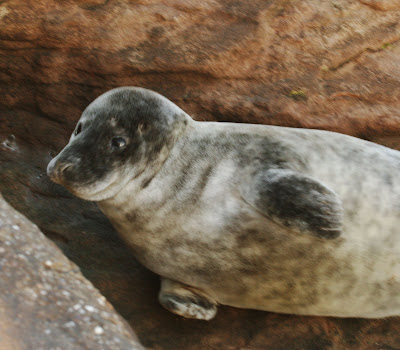 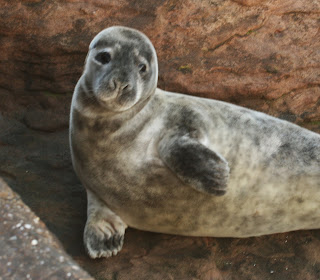 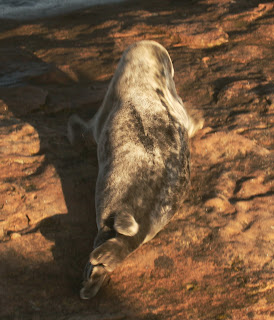 Hi again - your top right pic of the seal shows it to be a grey - the bottom of the nostrils are widely spaced rather than almost touching as you would see in a common.

Hi Dave, Yes your right it seems not to be a common, but could it possibly be something rarer ?
regards
Colin

I think most people are now happy it is a grey seal.