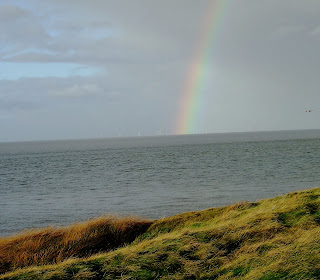 A bright showery day saw 3 Goldfinches stay around the canoe club area in addition to the recent regulars of 4 Blackbirds, 2 Song Thrushes, and several Robins bearing Hilbre rings from previous years. A Wren was ringed and a Rock Pipit(below) and some of the Robins were retrapped. Two Ravens and a Little Egret were other visitors to the islands. 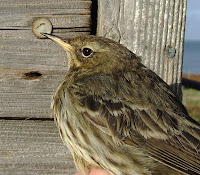 The sea produced 6 Red-throated Divers and 40 Common Scoters and a few Great Crested Grebes, and the sighting of a possible Little Auk flying from the Middle island area towards Wales.
The young seal was again on the rocks at the north end, but the consensus of the members present today was that it is probably a Grey Seal in a state of moult that we do not encounter very often at close quarters. 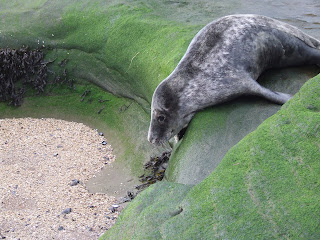 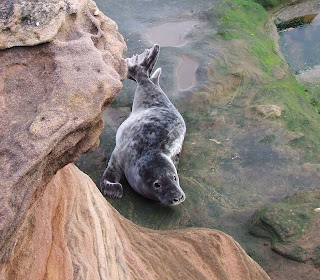