A before the tide visit found that Willow Warblers were still trickling through, and 10 more were ringed although there were probably at least twice that number on the island. This could prove to be the year when he highest numbers of Willow Warblers have ever been ringed, the calculations will be done at the end of the year. The juvenile Wheatear ringed on 14th August was retrapped and has spent a week with us while undergoing post juvenile moult. Robins have been very scarce this last few weeks but a young bird was caught that showed a wing bar of juvenile tips to the greater coverts. As the tide approached the island was bathed in sunshine, but unfortunately the obs was unmanned for the tide. 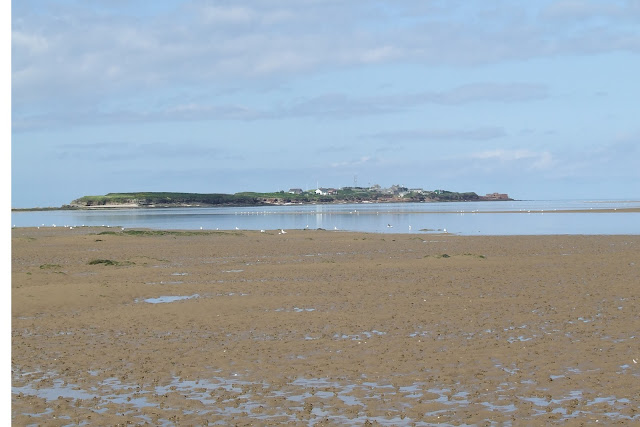