A very quiet morning as expected with the wind being from the south west overnight and then later strengthening and veering to the west. The only evidence of migrants was a single Willow Warbler in the obs garden. The shore held a large number of Ringed Plovers down the east side of the island chain estimated at about 1,000 with 2,000 Dunlin, 3,000 Oystercatchers, 5 Bar-tailed Godwits and a Peregrine. Five Gannets were on the sea. Three Arctic Skuas flew over the east hoyle early on and a single pale phase stayed to harrass the mass of gulls and terns (photos below), watching the skua became the highlight of the otherwise uneventful short morning visit. Ringed:- 1 Linnet 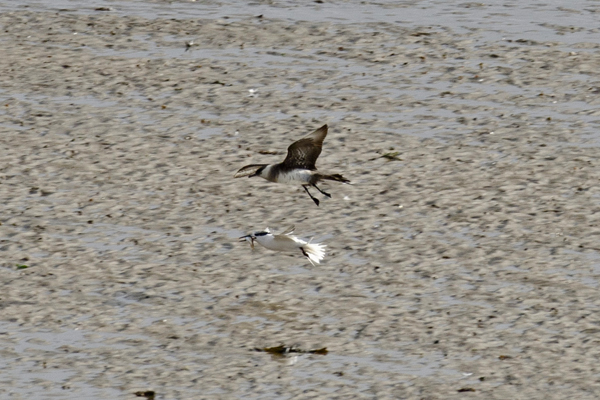 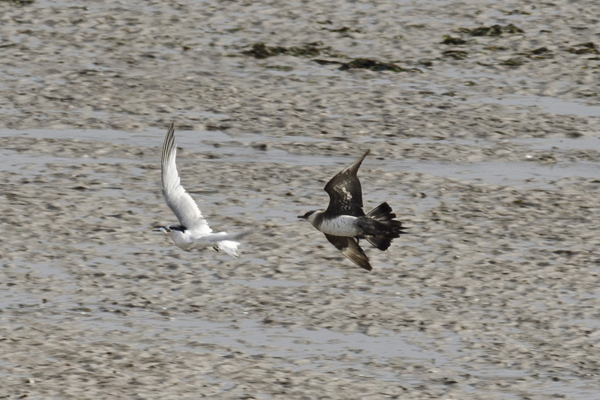 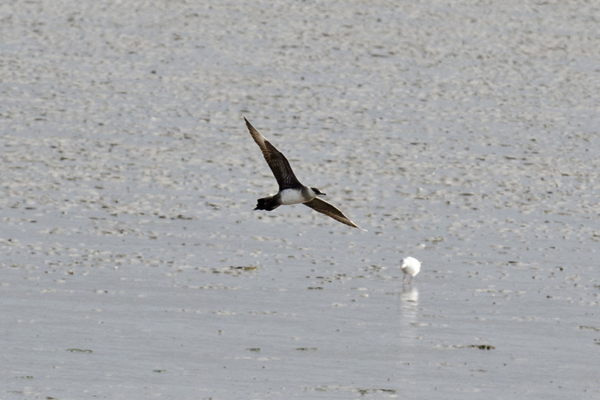