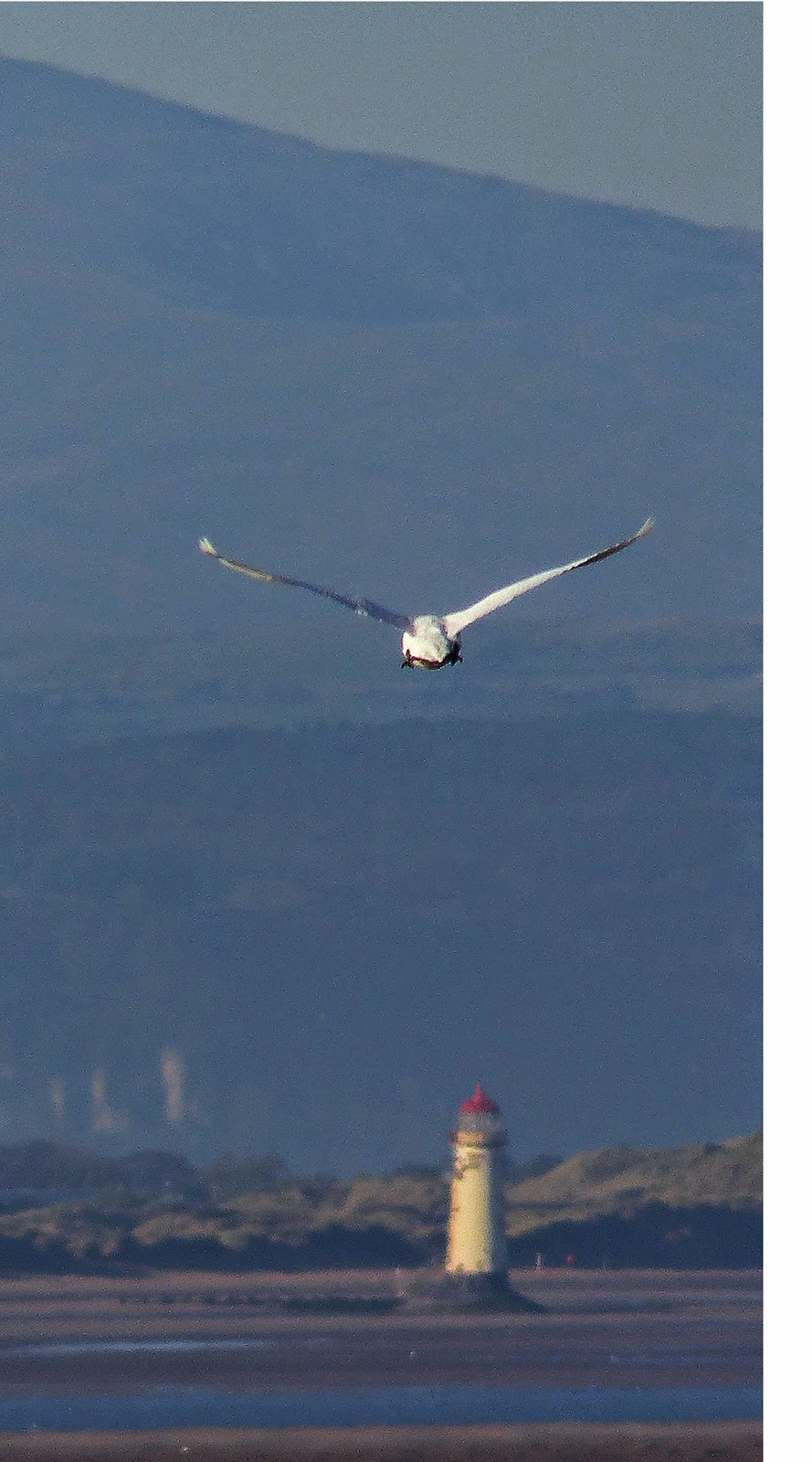 Next to nothing was grounded overnight which was not surprising considering the the clear sky, a single Goldcrest was found briefly at the south end and that was about it. Later 4 Goldfinches dropped in to join the female Chaffinch which was still present, other than that observers had to look skywards to see any action. Passing over were 2 Reed Buntings, several Starlings, 6 Pied Wagtails, and about 40 Meadow Pipits. It was not until mid-morning that Skylarks started moving, over 20 all told, mostly in an easterly direction. A lone female Teal sat on the sea off the north end, and later a Mute Swan flew across the obs garden and on towards the Point of Air (right). The count of Brent could not better the 33 of yesterday and there was thought to be 2 Rock Pipits on the island today; other birds on the log were both male and female Kestrel, a Peregrine that was seen to stoop on prey between the islands, also 80 Redshank in the east gutter with 8 Bar-tailed Godwits and a single Little Egret. Best sighting today was not of a bird but of a Red Fox in the vicinity of the telegraph buildings. Very rare sightings of a Fox and frequent signs of faeces have often suggested a permanent presence, but the animals are too secretive to confirm this, and rarely Foxes have also been seen crossing to and from the mainland. Just to put every ones mind at rest the resident rabbit was also showing today.
Ringed: 1 Wren                [ 913-36 ]
(DB+ESCA,CJ,BT) also John Ball               photo CJ
Posted by Colin at 21:28