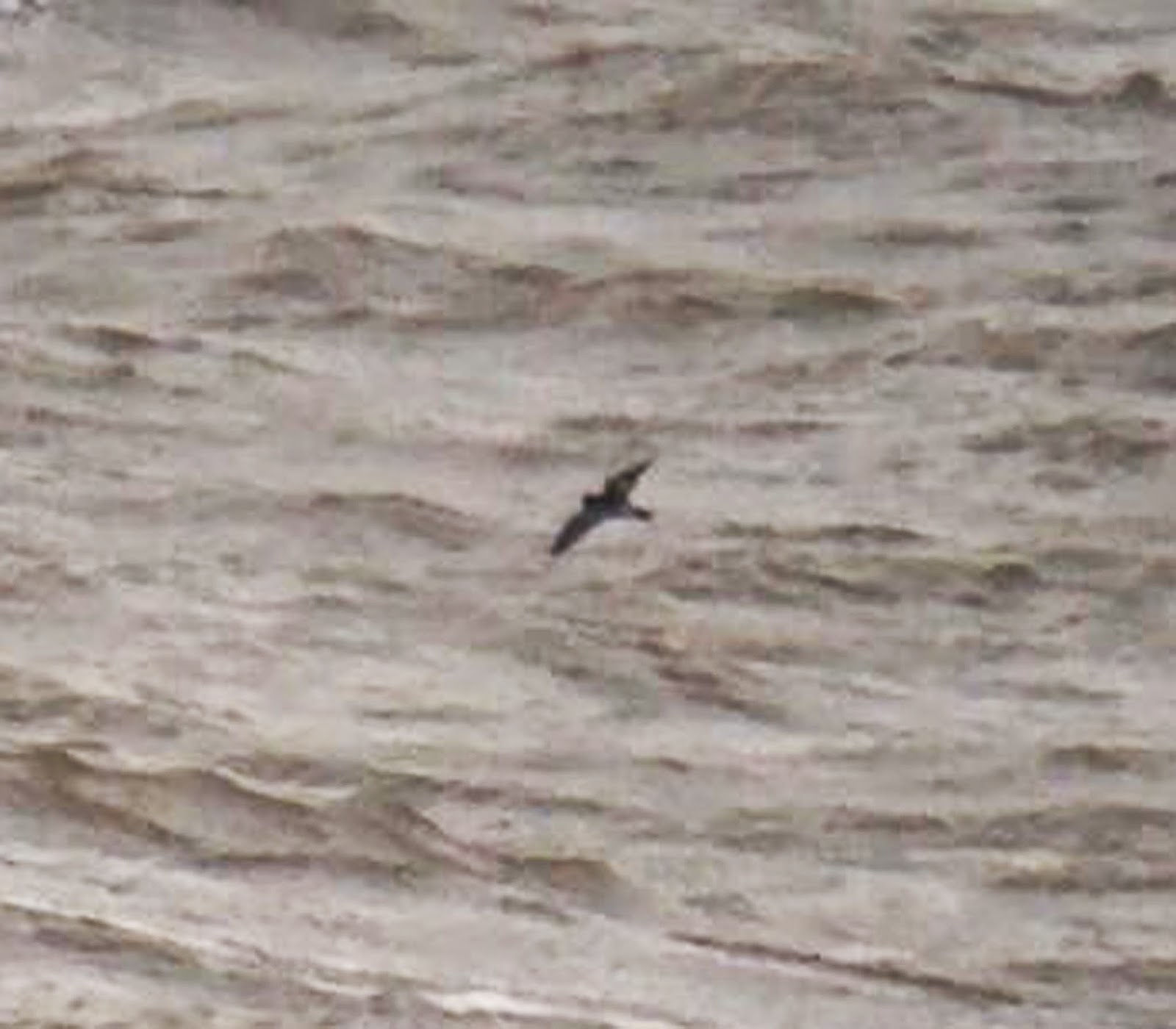 Following the passage of low pressure 'Gonzalo', a sea watch was the option for many birders today as intense storms have been noticeably absent so far this autumn. The wind was still quite strong early in the day and the first Hilbre Leach's Petrel of the year appeared before the high tide (record shot right). It was not to be one of the famous Leach's days on Wirral and just one more appeared during the sea watch and no skuas made it on the list. Other sea birds noted were a good count of 60 Razorbills (over 14,000 were at Bardsey this morning !), 45 Gannets, 20 Kittiwakes, 30 Guillemots, 35b Great Crested Grebes, over 200 Common Scoter and 6 Red-throated Divers. 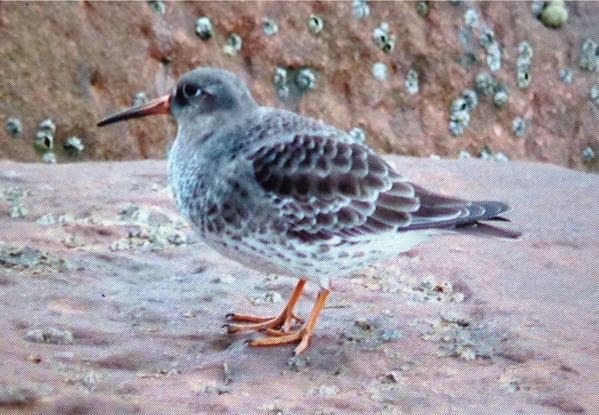 The long awaited first Purple Sandpiper of the winter arrived at the north end today (left) and the Brent reached a new high of 76 birds. Not surprisingly very little small bird movement although 40 Meadow Pipits were certainly not all residents, neither was the single Skylark over.  Over 800 Cormorants flew out of the estuary at dawn, a new record for the autumn, a Merlin flew west and a female Peregrine was also seen. Waders noted today included 29 Grey Plover flying south, 15 Bar-tailed Godwits, 43 Ringed Plover and 120 Turnstone.
(DB,PSW et al)