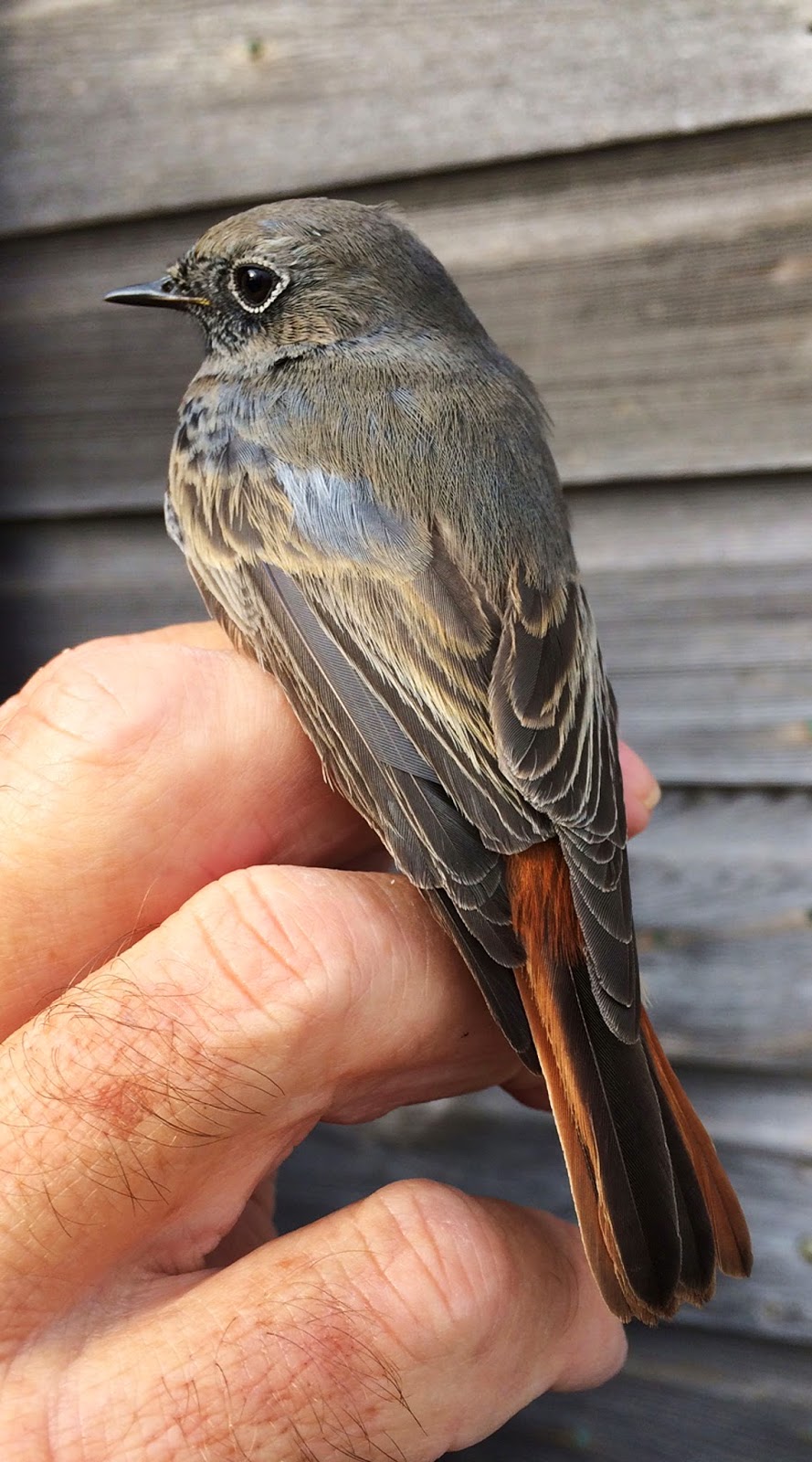 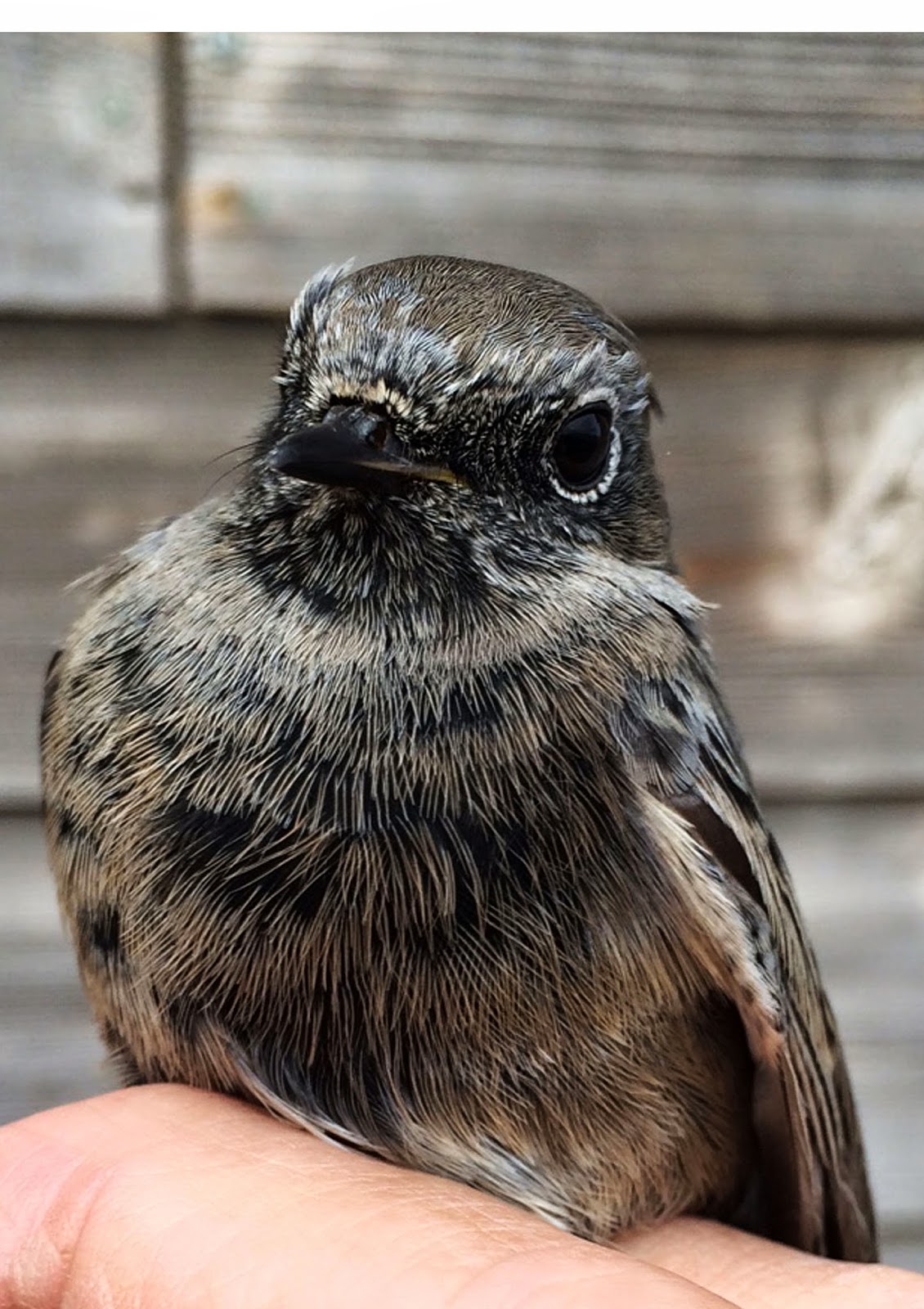 Pleasing weather at the start of the day found about 8 new Blackbirds on the island and Common Snipe dropping into the east side gutter. Starlings soon came through in small parties all morning without any massive flocks, most seem to be moving west but strangely not a single Skylark was logged. At midday a Black Redstart appeared in the old obs mist net, it may have just arrived at the north end of the island as there was no sign of it earlier in the day. Black Redstart is very much a less than annual bird at Hilbre, mostly in spring, and this bird is only the third to be ringed in the last 21 years, the last being in March 2010.
The Brent could not be counted as they were too dispersed, but a bird seemed to be wearing blue and white colour rings, hopefully it may stay so full details can be obtained, also a dark-bellied individual was present. None of the huge number of divers seen yesterday were seen although Great-crested Grebes (about 75), Common Scoters (113) and a single Razorbill were noted in the sea watch. 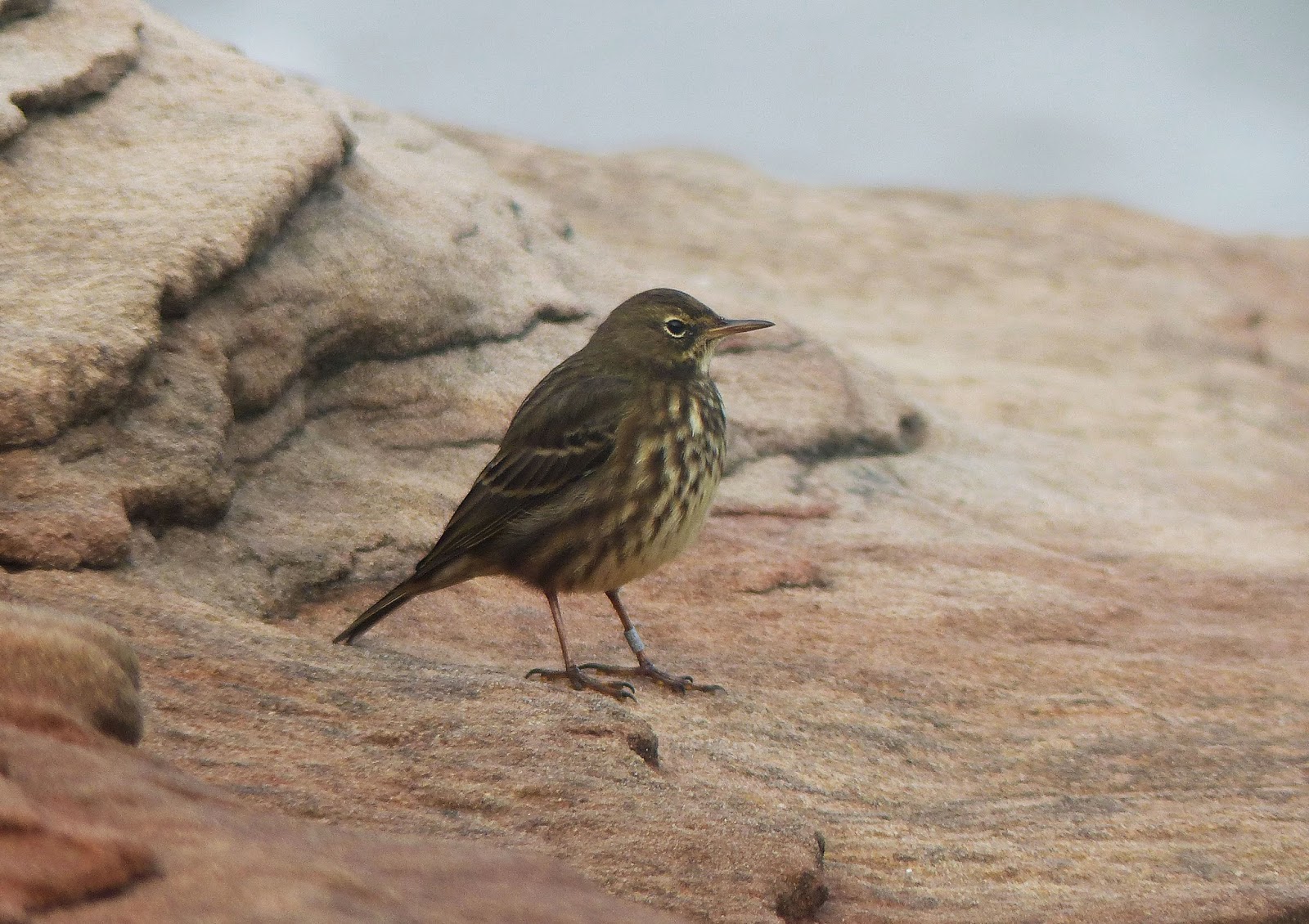