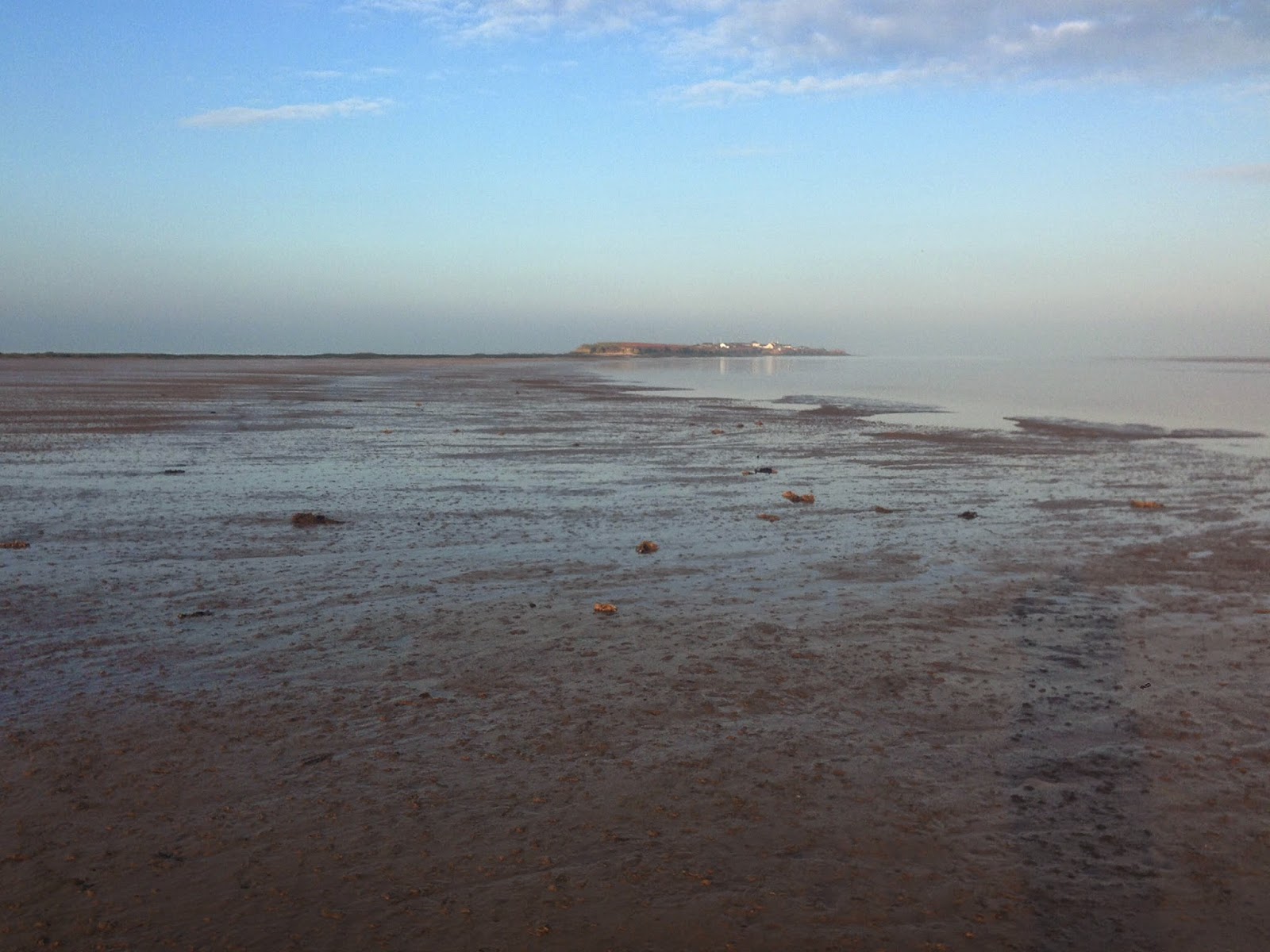 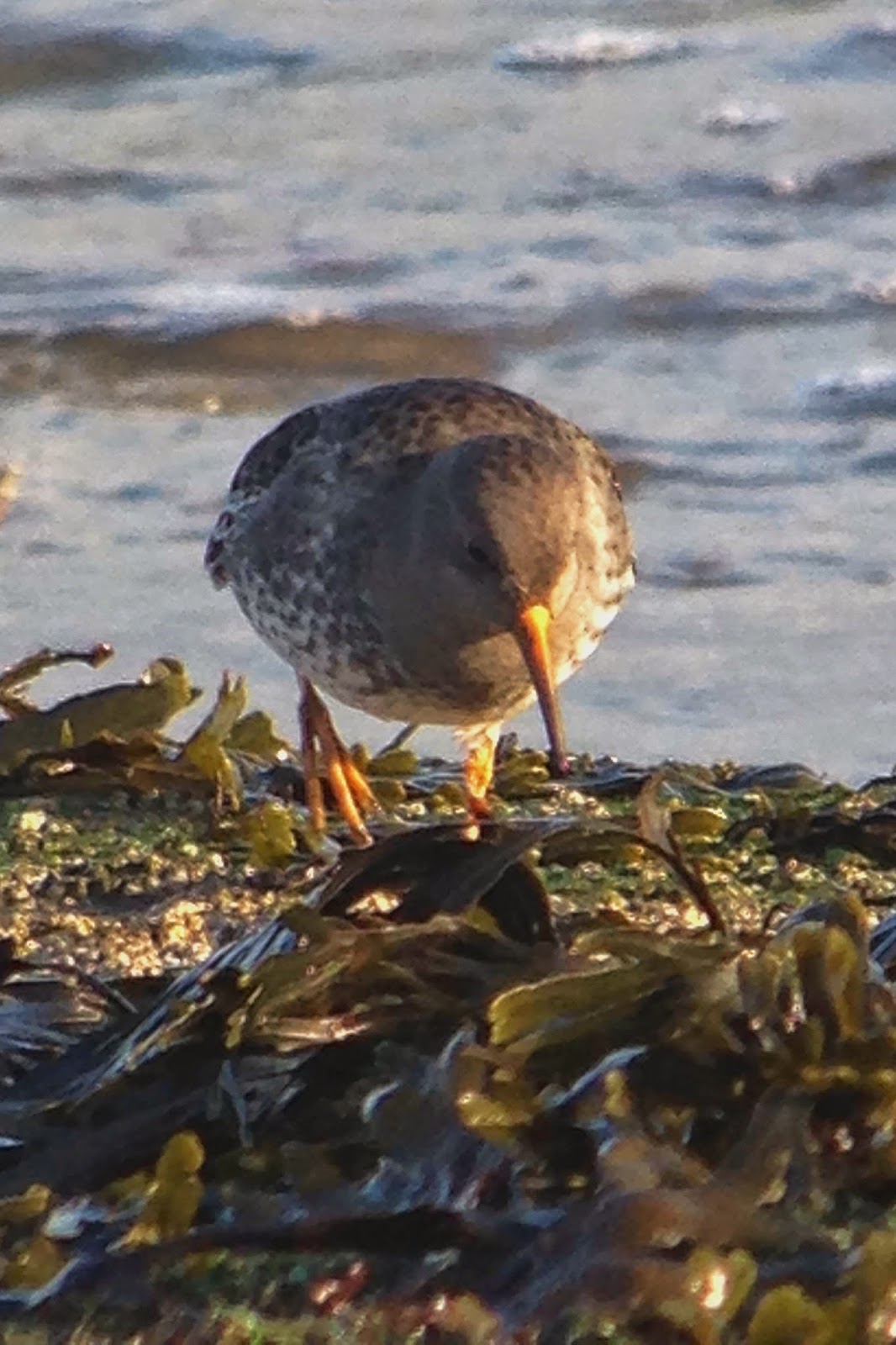 It felt like late summer rather than late autumn this morning, and a couple of Red Admiral butterflies arrived to support the deception. The birds however were indeed 'right' for the season with groups of 3,10 and 6 Lapwings hanging about the ridge south of Middle and then over the main island, also Starlings in small parties totalling about 60 and a Raven flying over Little Eye and later seen grappling with a Peregrine over the shore. A few new Blackbirds were in but just a single Redwing which frustratingly landed at the mouth of the 'heli' trap but then flew off south without further ado. A male Goldcrest in the paddocks early on was the sole small migrant. The Brent could not be counted, but 560 Shelduck at Tanskey rocks was notable, the only other wildfowl today were a flock of 4 Wigeon. Purple Sandpipers (above) are up to 8 in number, and other waders today were 3,700 Knot and 22 Bar-tailed Godwits. Eight Little Egrets outnumbered Grey Herons (3), illustrating how times have changed in just a few years. The sea was extremely quiet, even in such good viewing conditions, the best was a single Gannet and 2 Red-throated Divers. Two Rock Pipits flew together from the south end and settled at their favourite feeding place at the north end.
Ringed:  1 Goldcrest, 1 Blackbird        [ 940-38 ]
(DB,AEH,CJ,KMc+SD)          photos AEH
Posted by Colin at 22:47