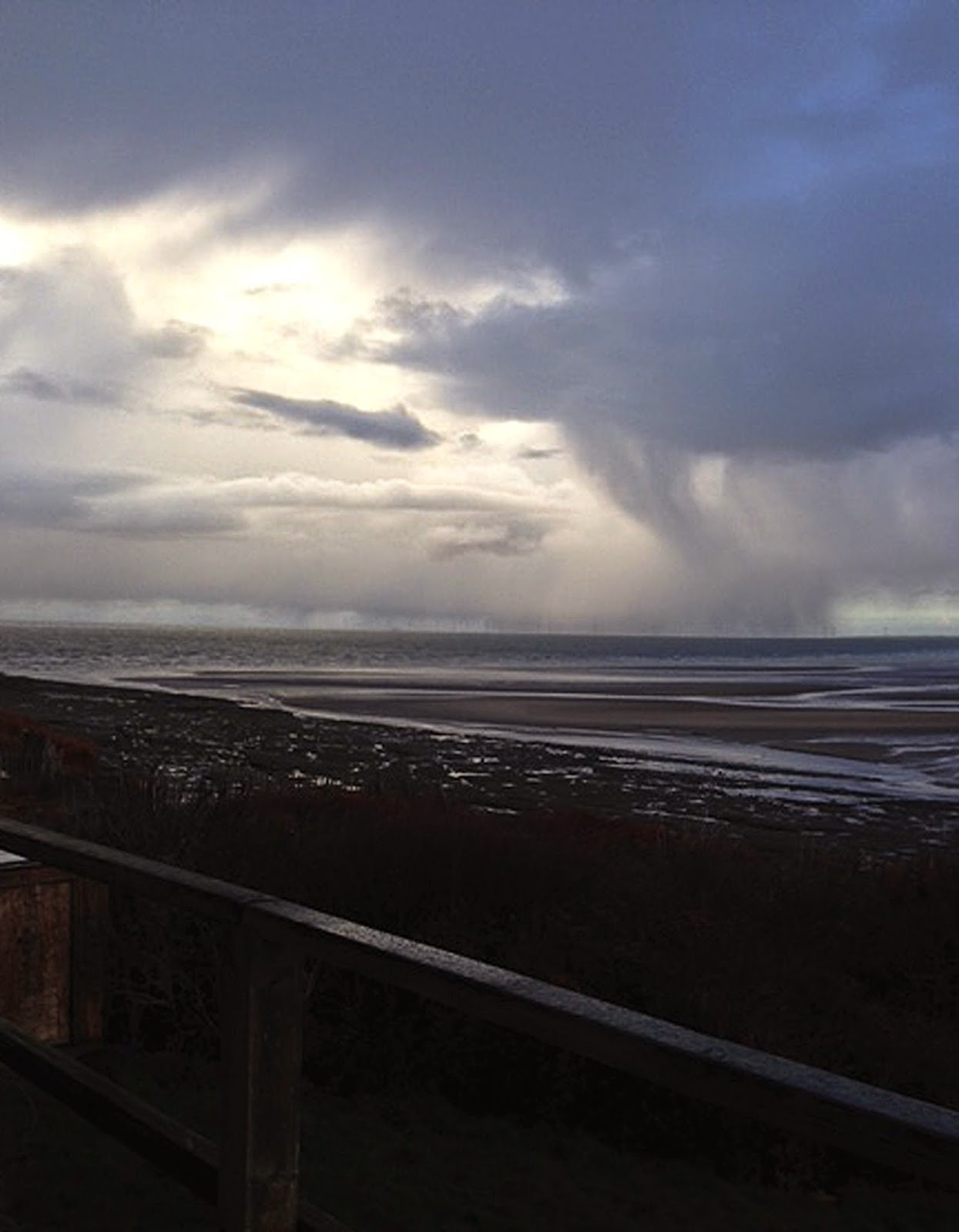 Some spectacular looking clouds were seen today during a week of turbulent weather. An inspection of the island revealed very little damage except to the window on the tide gauge roof.
The best bird sighting of the day was of 130 Pintail flying out of the estuary to the north. The small number of resident Wrens, Dunnocks, Robins and at least 3 Blackbirds are probably all here now to spend the winter. Both male and female Peregrines were about today, while waders included 500 Knot and over 5,000 Oystercatchers (below). At least one dark-bellied bird was with the Brent flock. Three Little Egrets fed on the shore. 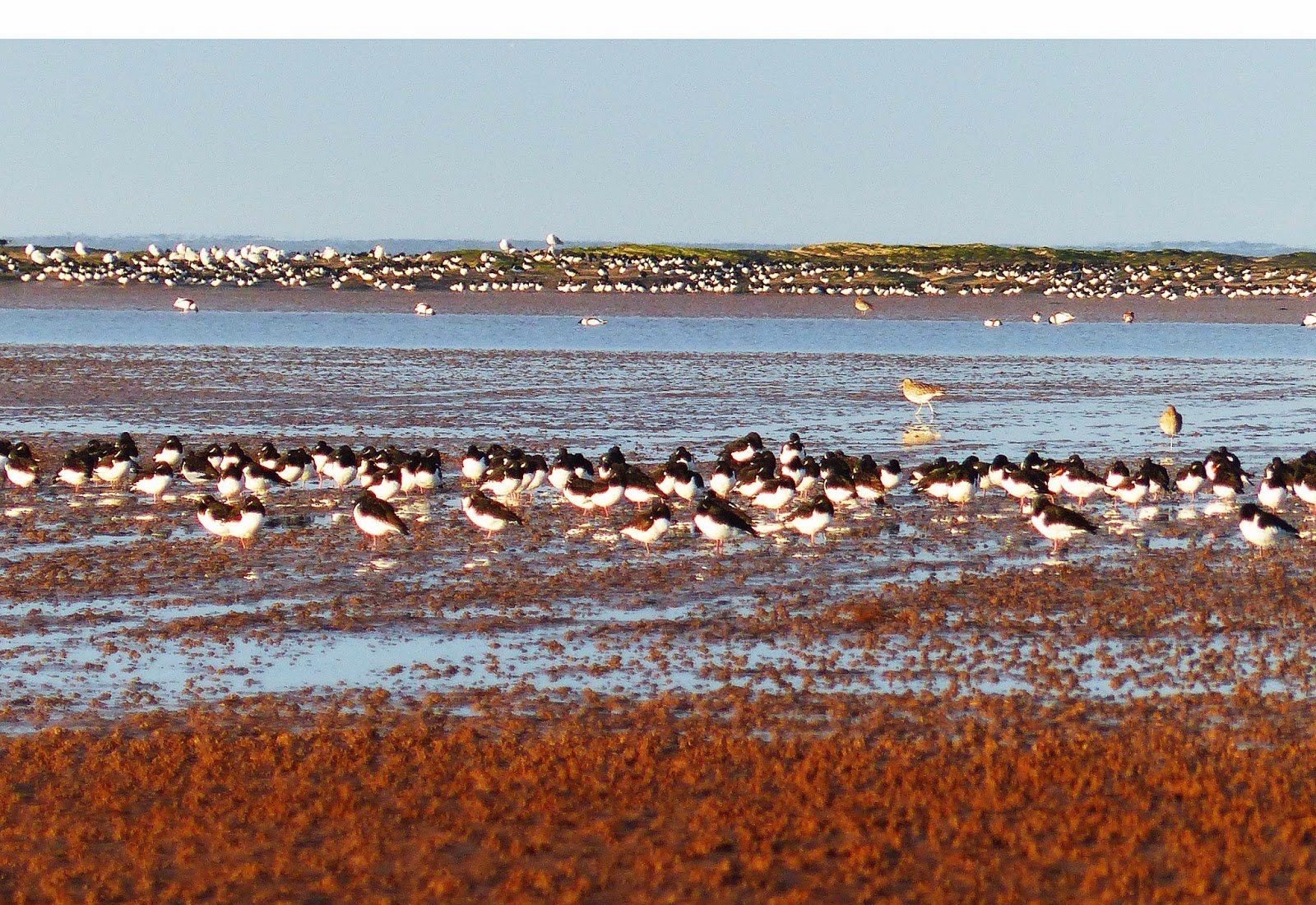