Weather: winds light and variable warming up during the morning 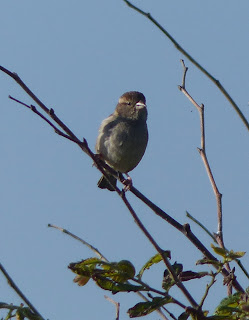 Two good out of season birds arrived on the island this morning, the first being a female House Sparrow (right) which toured the gardens for an hour or so, the second was a Chiffchaff which sang a few times before being caught for ringing (below). More expected were 7 House Martins and 2 Swifts passing through, a juvenile Pied Wagtail early in the day, also a Skylark displaying on the west side. Both Rock Pipits were seen carrying food at the same time, there is no doubt now that they have bred for the first time in many years. Young Meadow Pipits and Linnets are numerous now, the newly fledged Linnets calling noticeably differently for the adults. A flock of 21 Linnets on Middle was notable for this time. 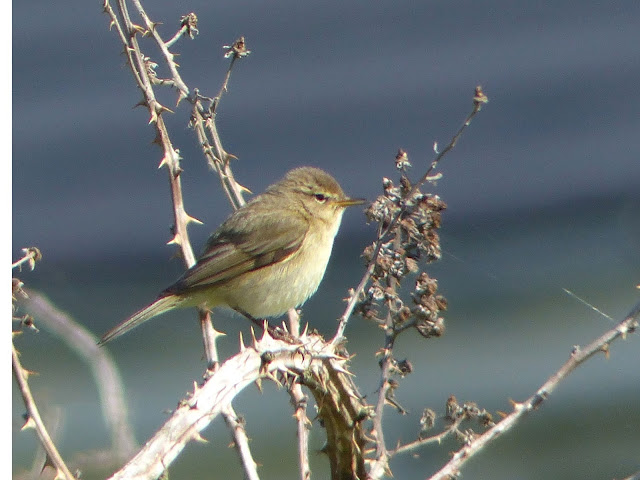 Very few waders were present at the low tide, most of the Dunlin, Sanderling, Ringed Plover etc. could have finally left, the only records of note were single Grey Plovers, Dunlin and Curlew.
Ringed: 2 Linnets, 1 Chiffchaff          [ 331-33 ] 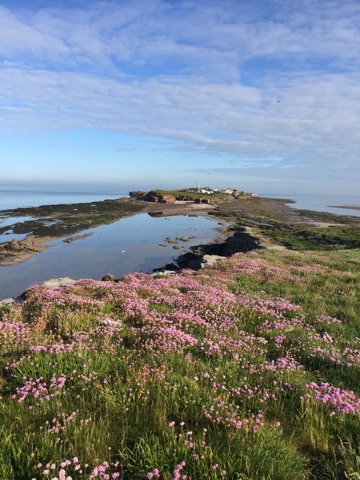