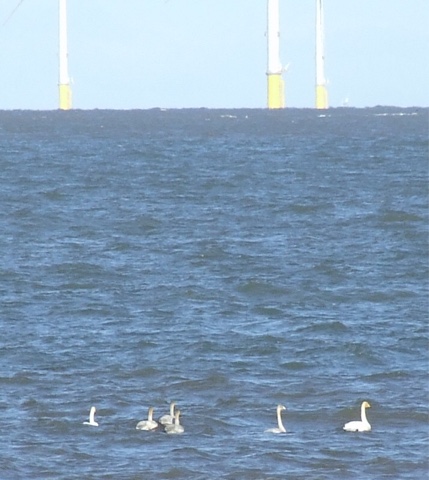 A razor shell wreck on parts of the east Hoyle led to over 1,000 Herring Gull and 100 Black-headed Gull on the sands at the bottom of the gutter feeding on them.

A single Jackdaw flew high over the island going west but the only other bird movements noted were 2 Skylark, 5 Goldfinch, a Blackbird and 9 Linnets.

A nice surprise was a family of Whooper Swans on the sea just off the North End, 2 adults and 4 juveniles (see photo above).

Also on the sea were 450 Cormorants and a single Purple Sandpiper was noted on the tide edge.

There were 3,500 Oystercatcher, 48 Bar-tailed Godwits and the Brent Geese were counted at 181 with the Canadian ringed bird present again.

A Grey Seal was hauled out on the North End all day and, sadly, looked to be ill. 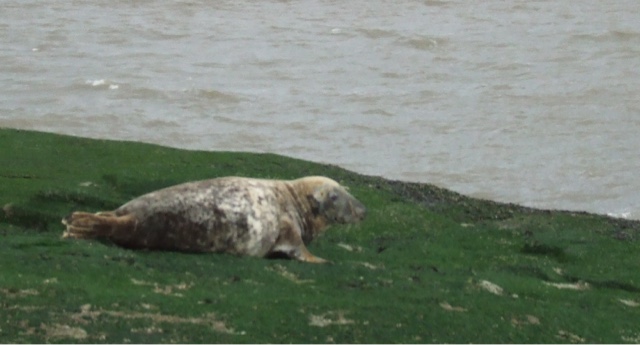