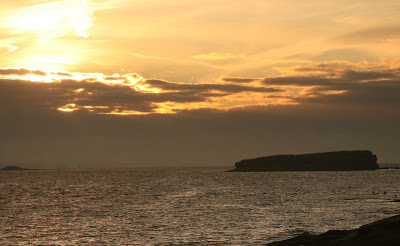 Two Snow Buntings flew south between the islands at first light and although they could not be relocated, but the superb male that has been on Little Eye was later found to be still present.

Early morning a single Pintail flew west across the south end of Hilbre and apart from a Common Scoter proved to be the only duck of the day.
At high tide a Short-eared owl was seen flying high over between Middle and Little Eye being mobbed by a Greater Black-backed Gull and after losing the attention of its tormenter it flapped lazily off towards the south west. 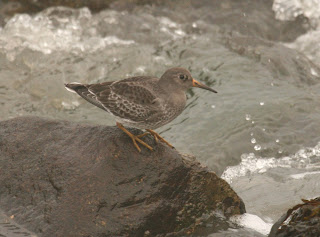 A Peregrine made several passes scattering the roosting 4,000 Oystercatchers on Middle and during the day went around the main island at least twice but was never seen to be successful but prevented a steady roost of Purple Sandpipers (right) resulting a count of only ten birds. 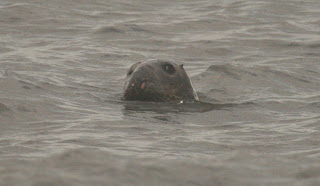 The two regular Hilbre mammals (Grey Seal and Short-tailed Vole (below)) were both seen well today. 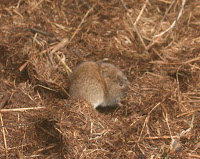 The Dunnock is still present in the trapping area and 2 Blackbirds were seen with 5 Song Thrushes.
Remarkably 4 Song Thrushes were trapped and 3 of them proved to have been previously ringed at Hilbre on the 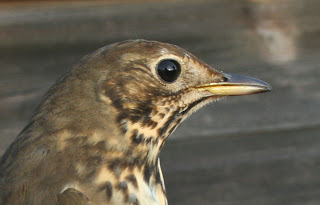 same date 17 days ago ! All three had put on weight, one by as much as 8 grammes, so the feeding must be good. It remains to be seen whether they will winter on the island. The remaining trapped bird was ringed today.