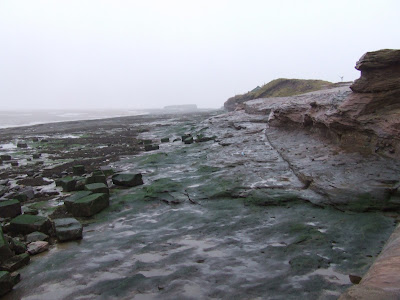 A calm but mild day with incessant drizzle resulting in neither coast visible from the island chain and with little new on the bird front (130 Brent, a Shag and a Little Egret) except for an increase in Wrens on the island, about 10 being present. It has been noted before that Wrens occasionally visit Hilbre in small numbers mostly at times of passage, probably as a result of local movement from Wirral or North Wales. Our old friend the partial albino Song Thrush was still seen around its favoured area of the Rangers garden.
(JE) photo by JE
Posted by Colin at 19:51