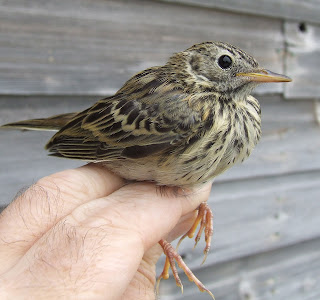 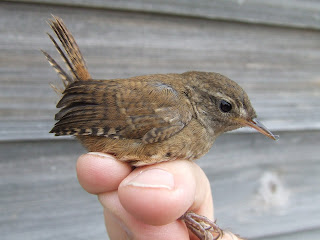 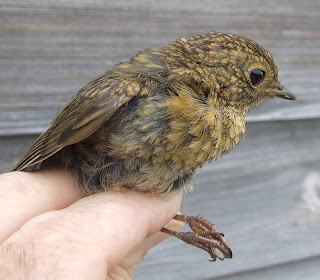 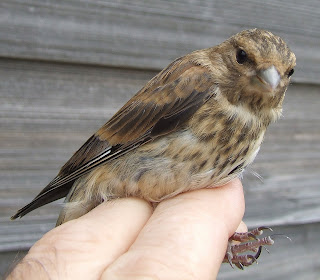 A good selection of juvenile birds were ringed this morning including (clockwise from top left) Wren, Meadow Pipit(2 ringed), Robin and Linnet.
Together with the sighting of young Pied Wagtails this represents all the known breeding passerines this year (apart from the Swallows that are still in the egg stage). The Linnets and Meadow Pipits are thought to be in similar numbers to last year but considerably reduced compared to 3 years ago.
A Chiffchaff was heard singing in the SK paddock later in the morning but did not seem to want to be ringed.
(JE) [408] photos JE
Posted by Colin at 09:28