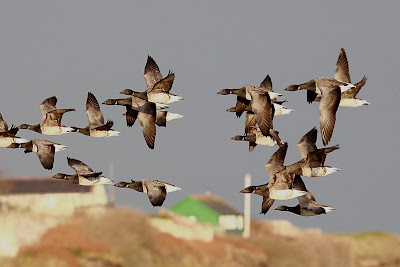 The pale-bellied Brent (left) reached a new high of 121 for the winter, including the both the Dublin ringed bird and the white ringed individual (below).
Early in the day a Raven flew east to Red Rocks and 1190 Cormorants went north out of the estuary; later a sea watch produced another late Gannet and 12 Common Scoter, while a single male Wigeon was the only other duck seen from the islands. 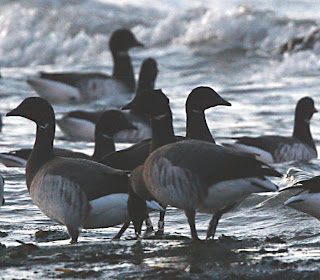 Land birds were scarce as expected at this time, a Redwing was an addition to the 2 Blackbirds and a Song Thrush that have been around for the last few weeks, while 2 Linnets and the ringed Pied Wagtail from the summer are still present.