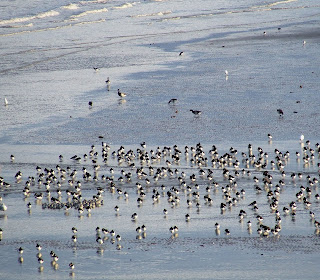 A pleasant morning in the sunshine (left - a group of Knot among the Oystercatchers and a few Brent). Five hundred Cormorants flew over at dawn, a Peregrine was present and Brent seemed to be over the hundred mark although an exact count was not possible. 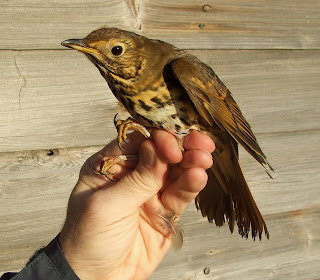 A Song Thrush (right) was ringed that had a particularly long wing length that probably made it a male, 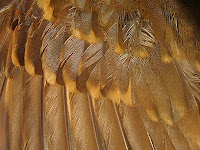 but it is not normally possible to sex these at all, although it was certainly a bird of the year as the obvious two generations of greater coverts show (left).
A Coot was later seen from the mainland to fly over the island, a very rare Hilbre bird indeed !
(JE) [580] photos JE
Posted by Colin at 21:53