The wet weather front had moved through by first light and the Southerly wind dropped to force 2-3. Thirteen hundred and fifty Starling were observed crossing the estuary in several flocks and the usual exodus of Cormorants headed out into the Irish sea (350). Three Grey Herons were in the gutter and later the colour ringed Little Egret joined them. Two Merlins battled 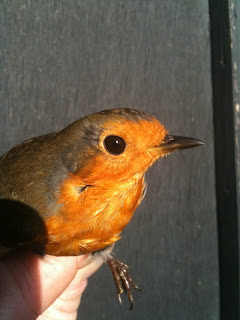 briefly on the West side as 3 Wigeon flew past the bank, a single Kestrel was noted and a Peregrine harassed the waders and Brents at the North End. The Brent flock remained and another colour ringed bird was observed, 6 Mute Swans (2 ad & 4 juv) 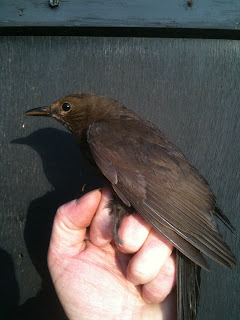