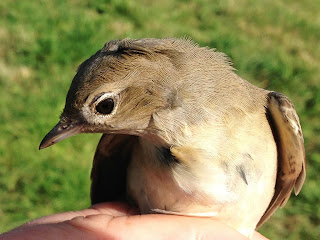 The westerlies over the last few days have done us no favours and migrants have been almost non-existent although very still conditions last night brought in a Garden Warbler to be ringed (right), extremely welcome but the only warbler on the island. Four Wheatears included 3 Greenland types were also on the ground while the only other migrants were hirundines, 65 House Martins, 50 Swallows and 12 Sand Martins. Two Harbour Porpoise seen from the obs balcony were moving west. 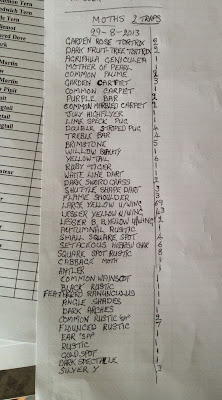