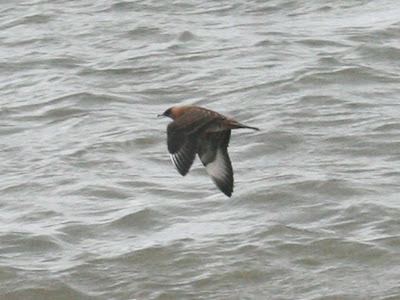 An increase in wind strength at least gave hope of some seabirds on the early tide this morning but despite an intense 4 hours watching the rewards were meagre. On the log were 100 Gannets, 2 Manx Shearwaters, 30 Common Scoter, 6 Great Crested Grebes, 4 Guillemots, and 6 skuas including 4 definite Arctics. A juvenile Arctic came along the tide edge by the obs and flew across the middle of the island to the west side (right). 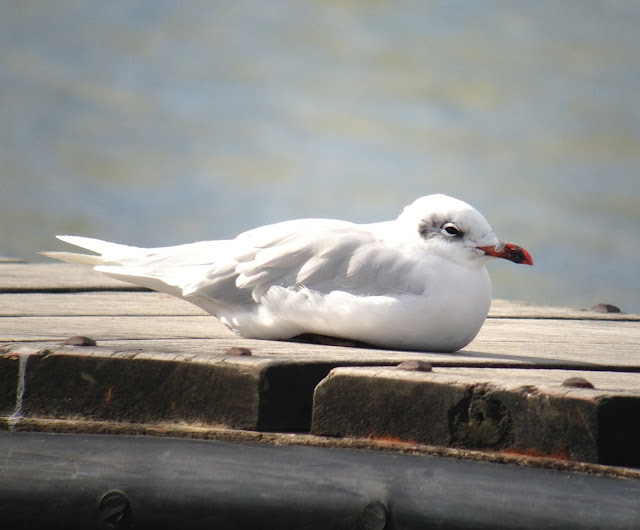 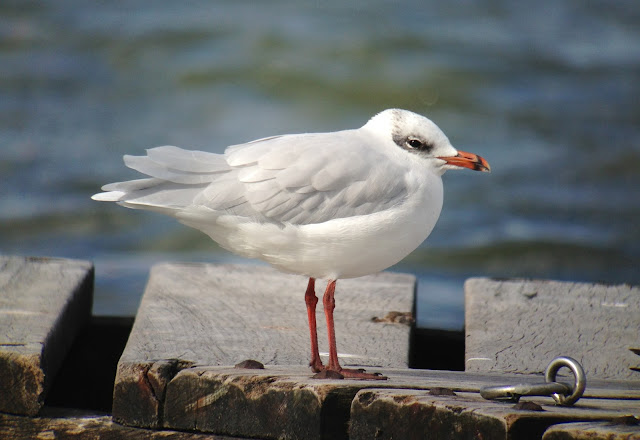 As expected there were no small migrants. An adult Mediterranean Gull was still by the pontoon on the marine lake, after 2 were there yesterday (above).
(CJ,DCT,PT,NDW,SRW,PSW + MP&PO)    photos  CJ (skua) SRW (Mediterranean Gulls)
Posted by Colin at 11:47