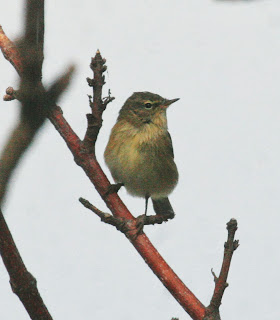 Just a few Chiffchaffs around the island this morning (right), and as has been the case over the last few days there were 2 ringed. The main feature of the day were the duck with six flocks of Wigeon totalling 78 birds with a group of 11 Pintail and 27 Teal including a flock of 25, also a gathering of 190 Shelduck south of the islands just after the early high tide. Eight Grey Herons around the islands were notable as was another group of 4 flying high west to Wales. Two Rock Pipits were seen at the north end today after singles had been in the same area on previous days. A very short sea watch produced 3 Gannets, a Merganser and several flocks of Common Scoter with a total of 56 moving east in front of the wind farms. The sun appeared at about 10.00 and butterflies noted included 4 Red Admirals, 5 Small Whites, 1 Small Tortoiseshell, and scarcest of all in a Hilbre context was a single Speckled Wood. A Migrant Hawker dragonfly flew on middle mid-morning. 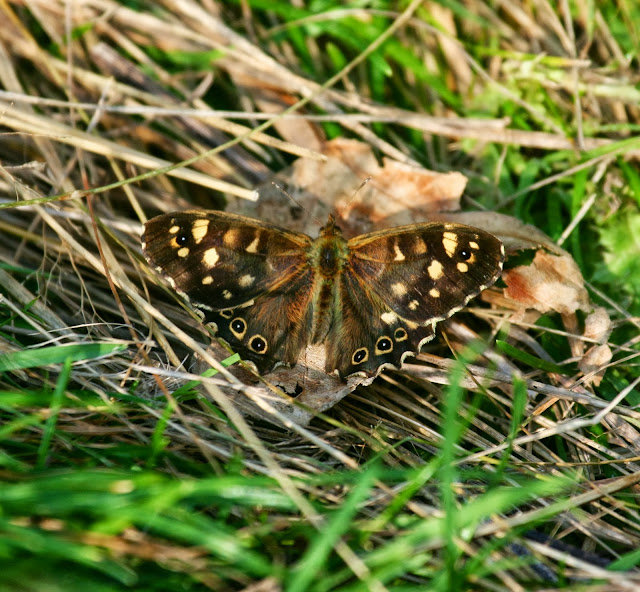 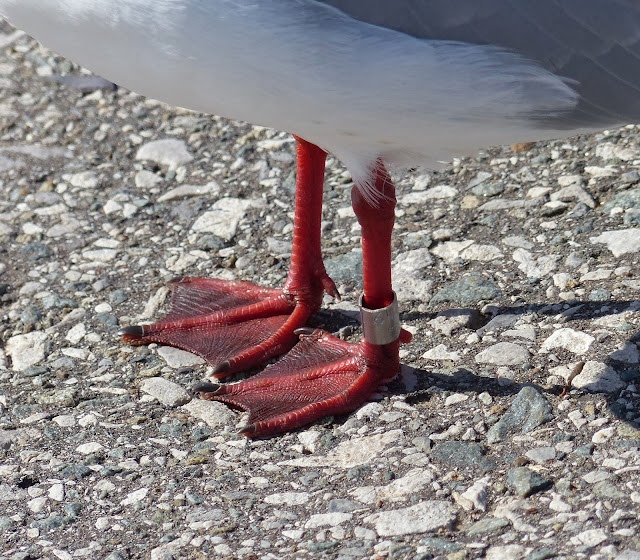 The Black-headed Gull on the marine lake that is sporting a ring (above), has been found (thanks to modern cameras), to be of Swedish origin and the ring number will now be reported to the appropriate authorities to obtain details of the movements of the bird.
Ringed:- 2 Chiffchaffs          [ 617-32 ]
(DB,CJ,KMc, et al)           photos  CJ (Chiffchaff), KMc (others)
Posted by Colin at 19:25