Weather: SE force 3/4, heavy rain early
One member braved the appalling weather this morning to visit the island but found normal activities were impossible in the downpour. 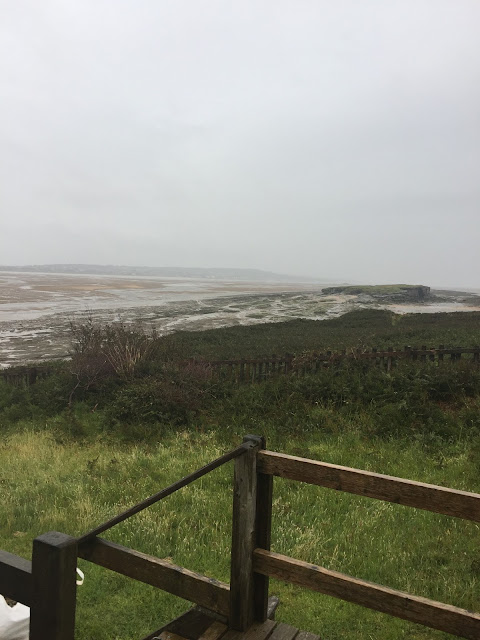 Seven Grey Plovers were within camera range on the shore (below). 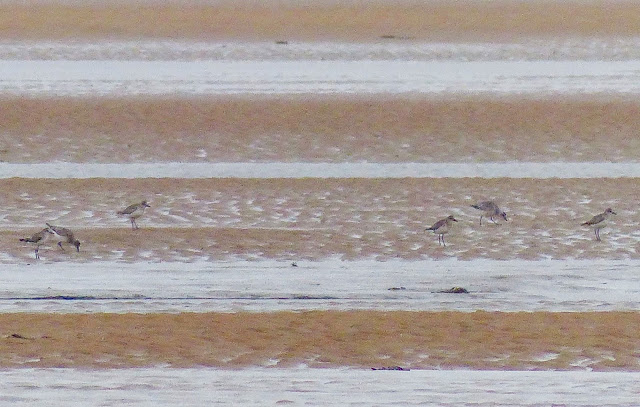 A Guillemot and 20 Common Terns were noted on the sea and a Little Egret and a male Mallard around the island. At the north end a single piece of Glasswort has made an appearance on the rocks by the north end pool (below). 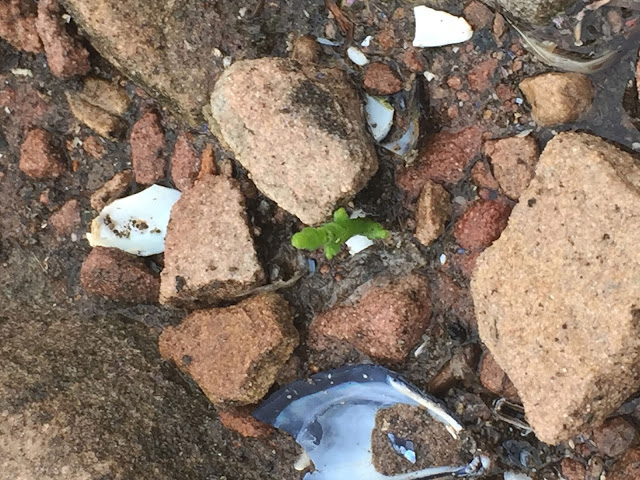