Hilbre Islands LNR Ranger Matt Thomas spotted a colour ringed and leg-flagged Ringed Plover between the islands as he left the island on 13th June 2017. 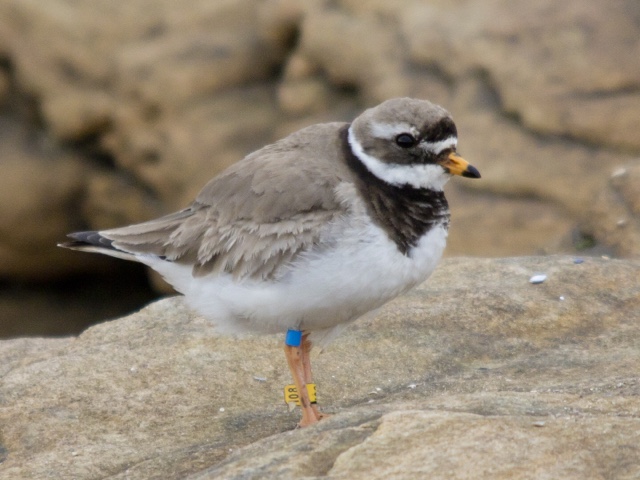 At least four have returned this year (including 101). A couple were seen to over-winter on the Tay estuary so it was assumed that these birds did not move far. So the Hilbre sighting is a somewhat surprising and interesting development.

Thanks to Matt Thomas and Chris McGuigan for the info. Photo by @mattthomas966 taken at Hilbre on 13 June 2017.