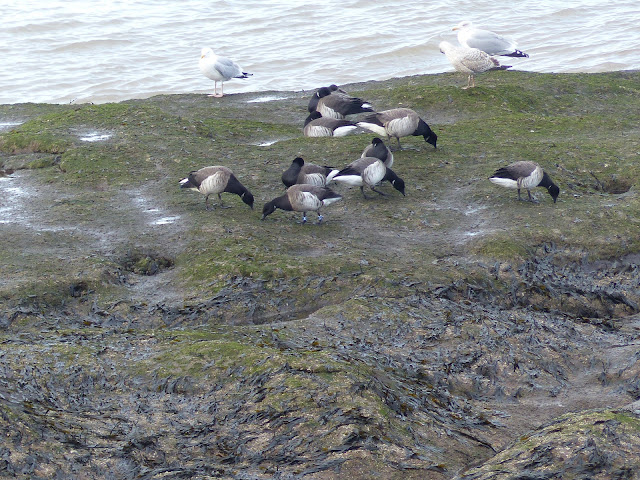 It was a promising start to the morning when an observer heard Pink-footed Geese upon arrival on the island and 82 were counted heading north, but that was the excitement of the day, other than a Peregrine chasing an Oystercatcher for some time around Middle – the outcome was not witnessed. 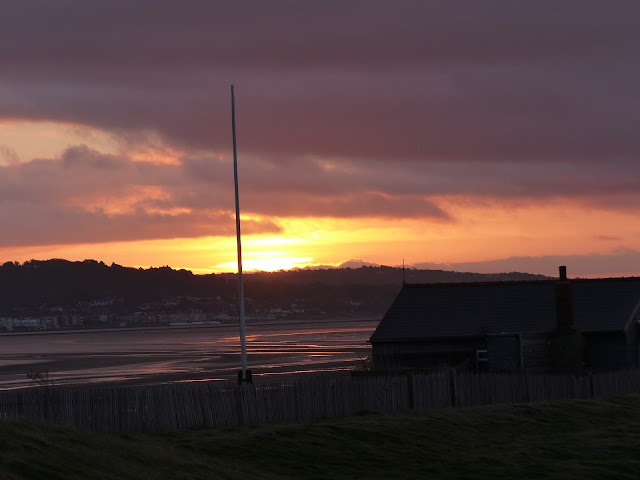 Brent Geese numbered 262 and included an Iceland ringed bird (see above). Five Eider were noted on the sea along with 120 Common Scoter and 2 Great Crested Grebe. Circa 800 Cormorant left the estuary early morning. 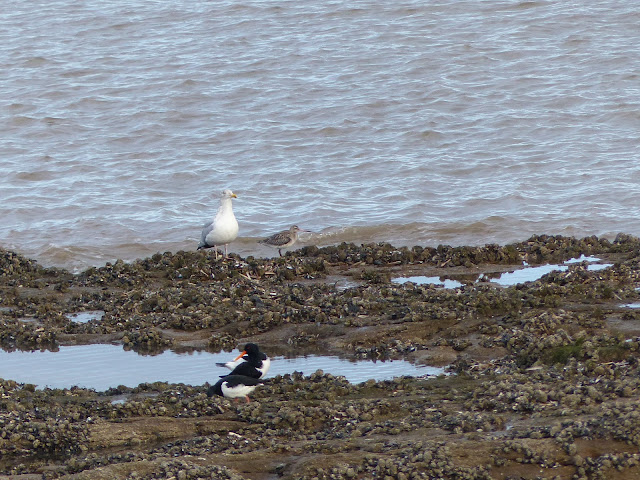 A good count of 223 Grey Plover were on the East Hoyle with 30 Curlew, around the island were 68 Turnstone, 35 Redshank, 3 Bar Tailed Godwit and a single Purple Sandpiper. A small flock of 50 Knot flew over the West Hoyle and a few more were feeding around the North End.

Seven Linnet were about the islands today with singles each of Blackbird and Song Thrush, 2 Meadow Pipit, a Rock Pipit and 6 Wren.  Photos by AS