Weather: S force 0/1 vis 5 miles, slight frost before sunrise.
The north shore held approixmately 1,000 Sanderling feeding there, a large number for this time of year. Also slightly unusual were 150 Black-headed Gulls drifting slowly passed the north end towards the west. Brent around the main island after the tide numbered 146, including 3 of the colour ringed birds, although only a single Purple Sandpiper was present at that time. The Magpie was there and was seen flying across from the mainland, so although it has been recorded virtually every day for over 6 months, it seems it is not present the whole time. A Kestrel, 2 Rock Pipits and 2 Song Thrushes were also noted. An Angle Shades moth lava was an unexpected sight crawling across the rocks at the north end. 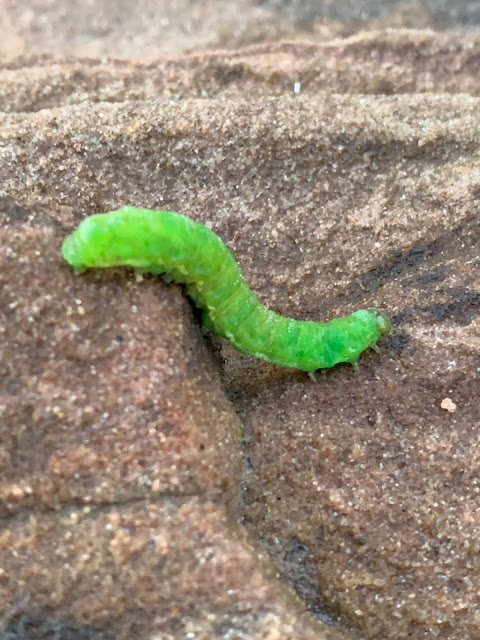