Weather:WSW force 0/1
A fine male Eider was found at the north end, the first for some time after a lean period last year. 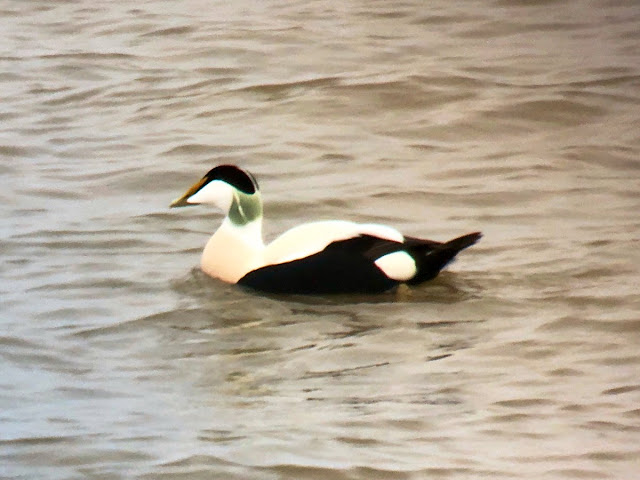 Four Red-throated Divers were seen also 18 Great Crested Grebes, 3 Red-breasted Mergansers, and 180 Common Scoter. Eighty nine Shelduck were about and a very large count of 310 Brent was made with good numbers of waders logged, especially noteworthy were 1,200 Sanderling on the east hoyle.

In addition to the the regular 6 Wrens, 3 Song Thrushes, and the Magpie, a Blackbird and a Rock Pipit were seen today.
photo SRW
Posted by Colin Jones at 16:04