It was windy and dark on arrival the island as 1,200 Cormorants exited the estuary, but the clouds soon dispersed and a pleasantly warm, sunny morning ensued. 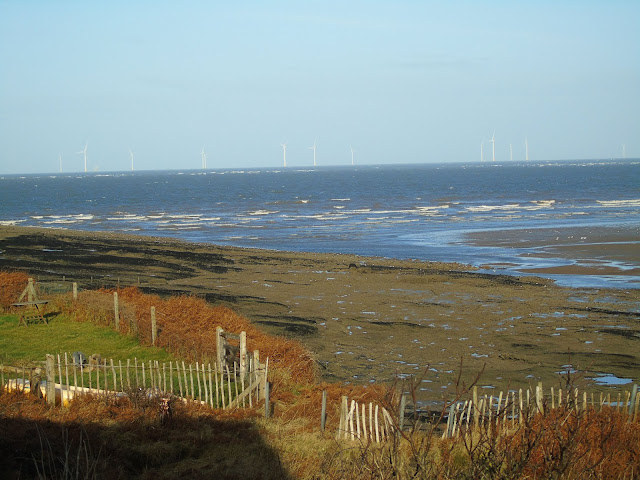 Two more female type Velvet Scoter were found distantly off the north end, another good record. (thanks to Elliott Monteith)
Despite the rain being continuous since August, the weather has not been cold and the birds coming to the island for the winter have prospered. A Robin and a Song Thrush (3 on the island today), were retrapped, and both birds were in fine condition with plenty of fat.


There were good numbers of most waders, notably 600 Sanderling and 70 Grey Plover but only 1 Purple Sandpiper. A Kestrel was present and several Short-tailed field voles were seen, perhaps the Kestrel is aware they are wintering well.
photo JE
Posted by Colin Jones at 14:44