Weather: SE force 1/2   high cloud and some mist around coasts

Similar weather to yesterday, the change being some cloud drifting in early morning, resulting in a completely different day migration wise. Right from the off 3 White Wagtails were at the north end, others came through later, and a Spotted Flycatcher was fly catching in the obs garden and was joined by a few Chiffchaffs and Willow Warblers around the bushes. Four Wheatears together on 'Wheatear hill' added to the feeling of a 'good' day to come. Nine Skylarks made it to the island, some landing on 'buzzard hill' for a time. 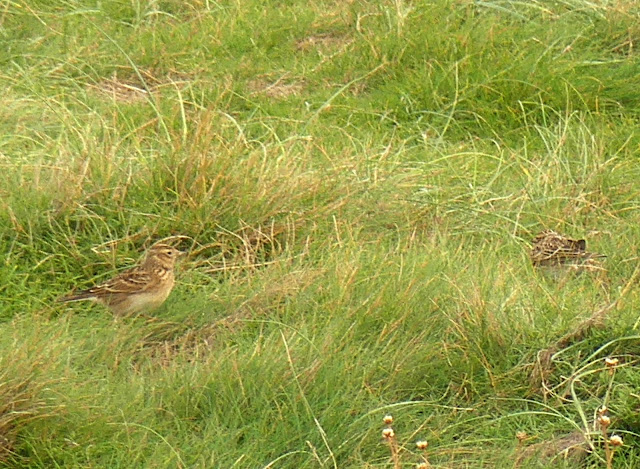 A large flock of 46 Linnets flew about and a Lesser Redpoll called overhead as did 6 Grey Wagtails while  a number of Meadow Pipits were moving through including a leucistic bird that caused initial consternation. 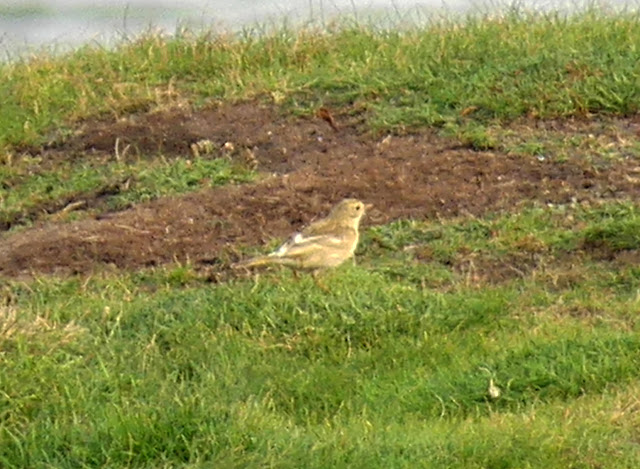 Two unringed Dunnocks were a surprise as none has been seen here for some time. Not to be outdone several Goldcrests came in a sort of second wave of arrivals, while all the time the Spotted Flycatcher toured just about every suitable inch of the island before being eventually caught for ringing in the SK trap. 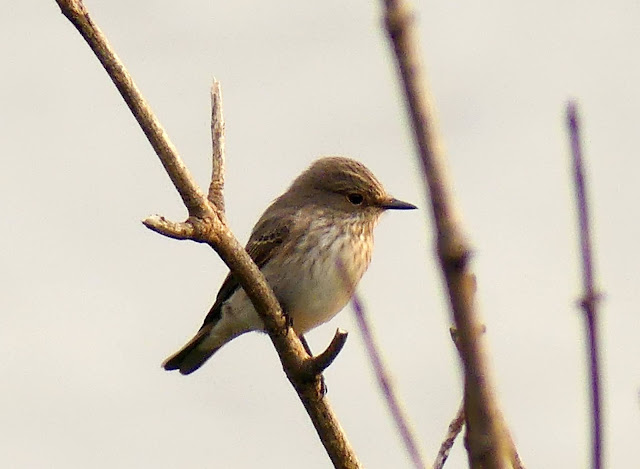 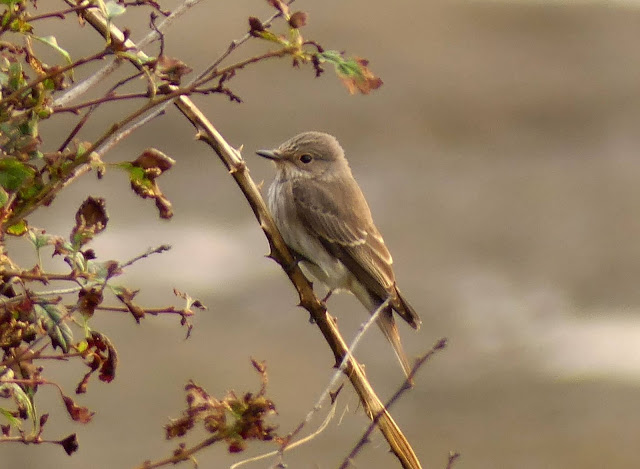 Ducks made a strong appearance today with 12 then 6 Wigeon, a Teal and scarcest of all in a Hilbre context a pair of Shovelers. Eighteen Shelduck were a more normal sight. Pink-footed Geese showed for the first time this autumn when a skein of about 270 birds flew south down the Wirral coast as seen from Hilbre. A Raven called in the area, keeping up the recent series of appearances here. The Brent seem to be numbered at 29 now, while on the sea were 12 Gannets, 1 Guillemot and 3 Razorbills. 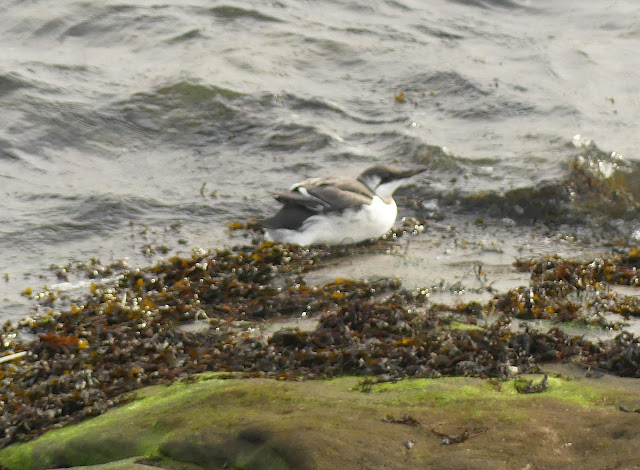 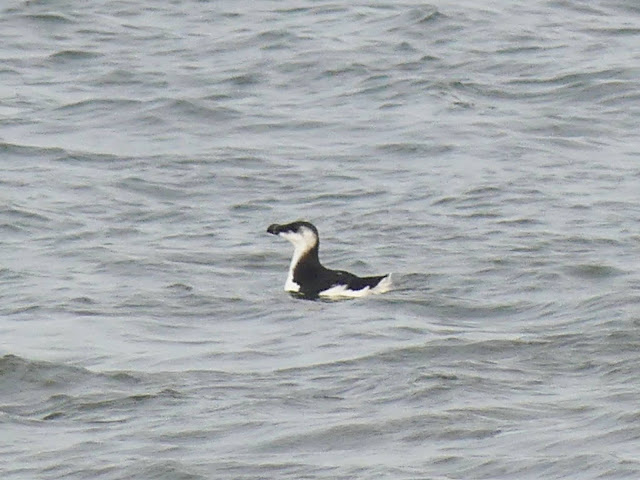 The Kestrel is still here, today unsuccessfully having a go at the flycatcher and a Peregrine passed down the east side.