Another quiet day with no small migrants to add interest but at least there were 3 Ravens near to the Little Eye area, one of which came to the main island and was promptly seen off by the local Carrion Crows. 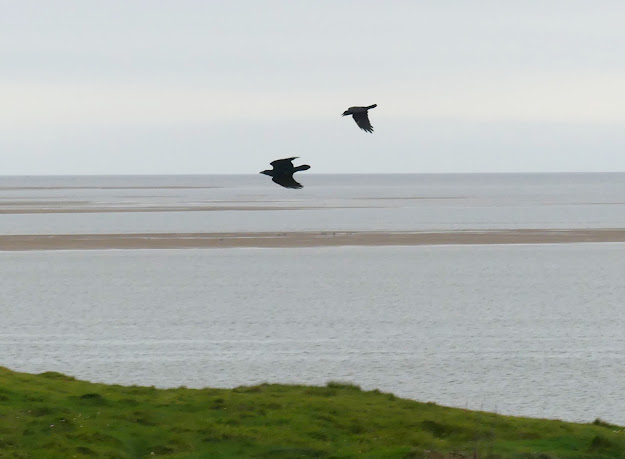 A single pale-bellied Brent Goose stood on the north end rocks off the slipway early on and then promptly disappeared. Very little to be seen on the sea at low tide except a Guillemot drifting in to the north end and fishing ..... 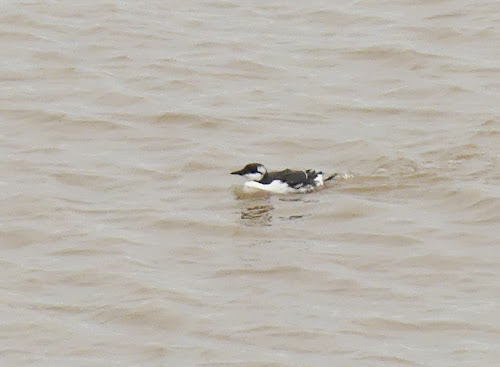 but more Guillemots were noted  at high tide together with several Gannets. At least 5 Rock Pipits were present also 3 Little Egrets, 2 Grey Herons and either 1 or possibly 2 Kestrels. A Peregrine took a kill at the north end and went to Little Eye with it. Two Bar-tailed Godwits were the best of the few waders at low tide. Only 2 Linnets were seen all day, and observers had to wait until late in the afternoon for the first Pied Wagtail.