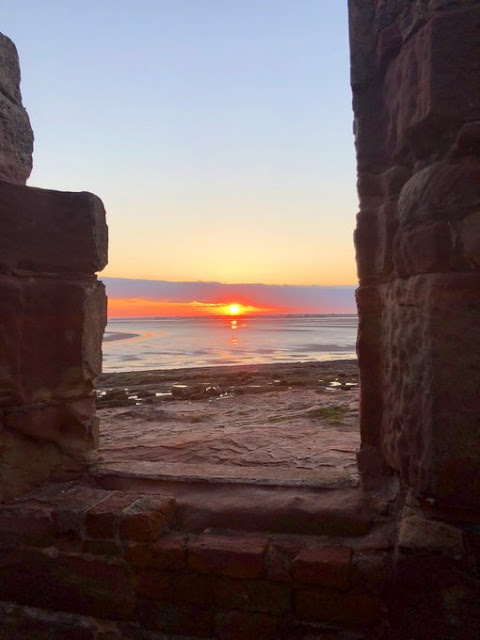 A clear sky meant no grounded small warblers, although the Chiffchaff from yesterday was still here and later on a Whitethroat fed about the obs garden bushes. Rock Pipits were very active and at the moment appear to be more numerous than Meadow Pipits. A couple of Wheatears stayed a good while and showed well. 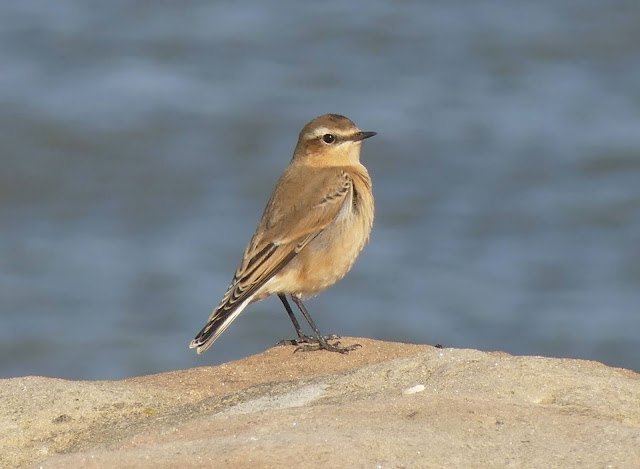 The wader roost on Middle was unfortunately well disturbed by a paddle boarder but several Dunlin and Ringed Plover rested on the main island including this colour ringed bird, the origin of which will be researched. 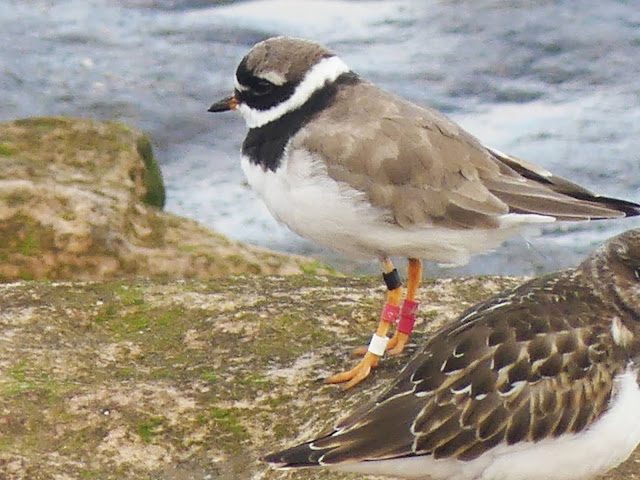 A Raven was again a visitor, arriving from the welsh direction and a single Golden Plover flew from the north east and across between the islands. A Razorbill dived off the west side, 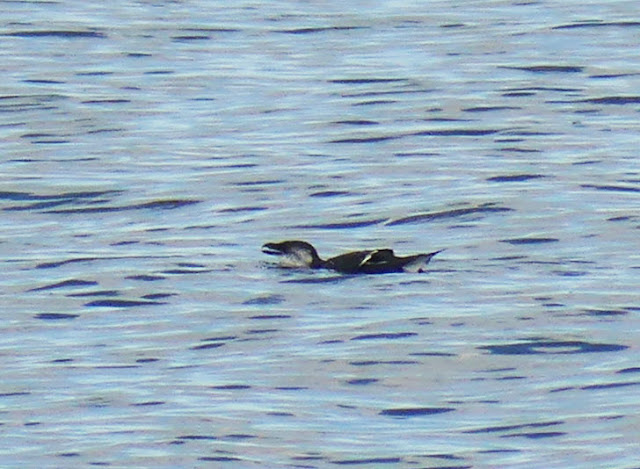 while the best of the other sea birds were a couple of Gannets and quite a few terns. There were just 6 Brents here this morning after the seasons first arrival of 9 yesterday. After the tide a big surprise was the miraculous re-appearance of the Yellowhammer after not being seen for a number of days, this time it seemed to favour the rangers garden, although that area has been checked several times since its last showing. 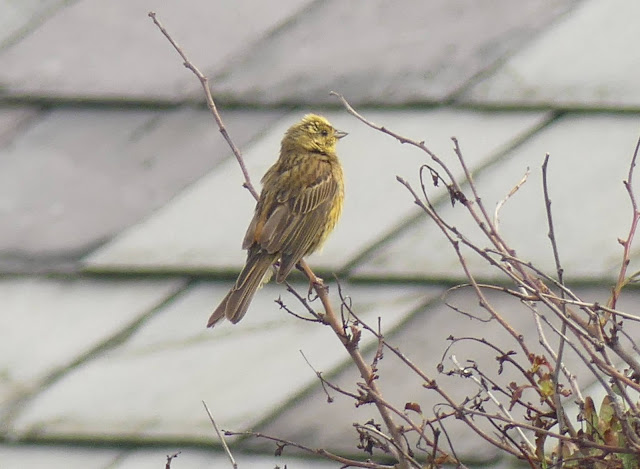 As the tide ebbed the Oystercatchers and Little Egrets were reluctant to leave their roost on top of the south end of Middle. 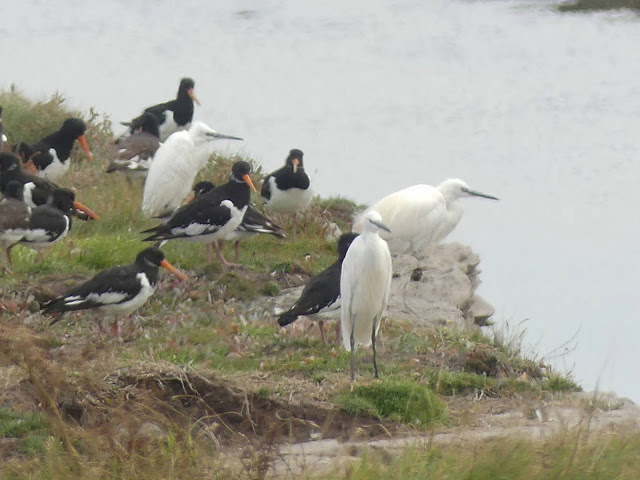