As promised some photos of today's Blyth's Reed 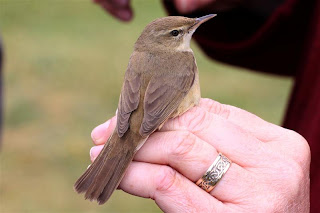 Warbler which was found in the Old Obs garden mist net mid morning.

Immediately recognised as an 'Acro' in the net, it was extracted and realised that it lacked Reed Warblers usual rusty tones and that its wing projection was particularly short. 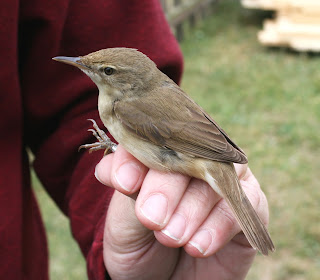 It was taken back to the Obs and detailed wing formula was taken confirming initial suspicions that it was in fact Hilbre's first Blyth's Reed Warbler. 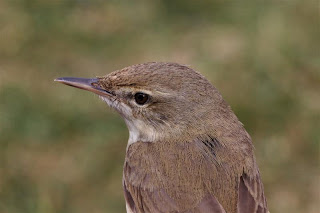 Incredible when you consider that the Paddyfield Warbler was trapped on Hilbre on 5th June 2009 (see blog for that date).


Some features that can be seen in the photos, apart from plumage tones (which changed depending on the light conditions) and very short primary projection, include plain tertials, rather flat crown, greyish legs and feet, slight super behind the eye, pale lower mandible with dark smudge towards tip. Wing formula included rather short second primary compared with wing tip and emarginations on 3rd, 4th and 5th (although latter less pronounced).