Weather: SW 1
The first Wheatear of the spring was found by the mast this morning and after it moved down to 'wheatear hill' it was soon joined by another and an hour later a third arrived to delight members. 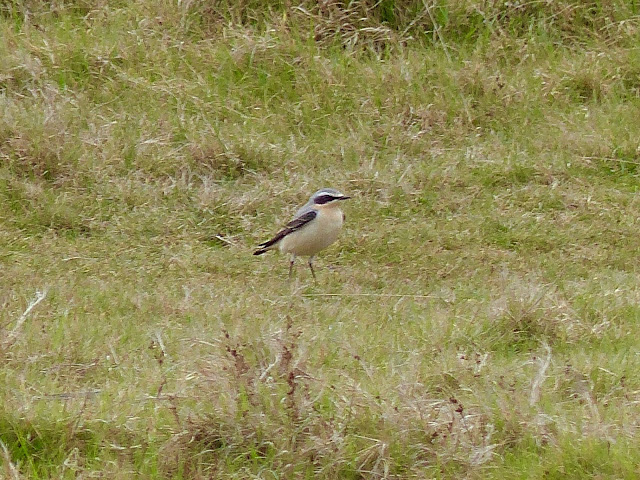 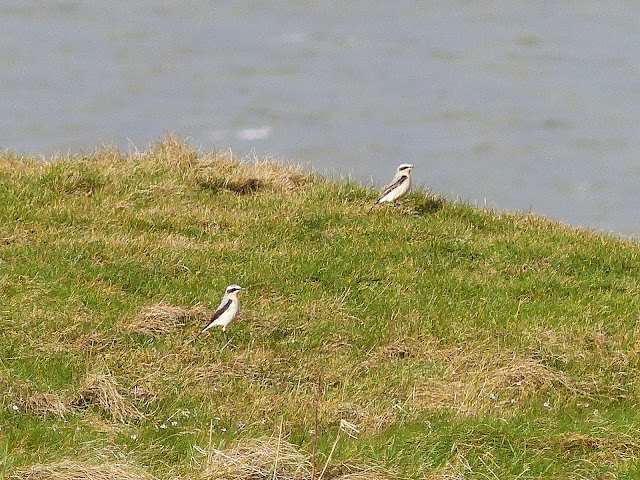 It was hatrick of firsts when a Chiffchaff (below) was trapped for ringing in the paddocks and (most surprising of all) an early Whimbrel was heard calling from the shore. 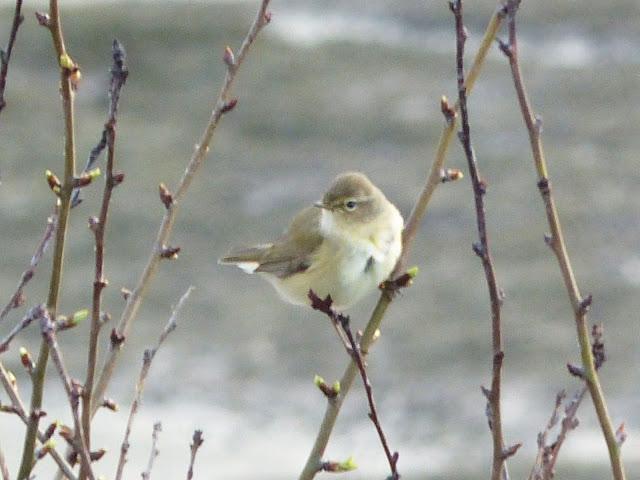 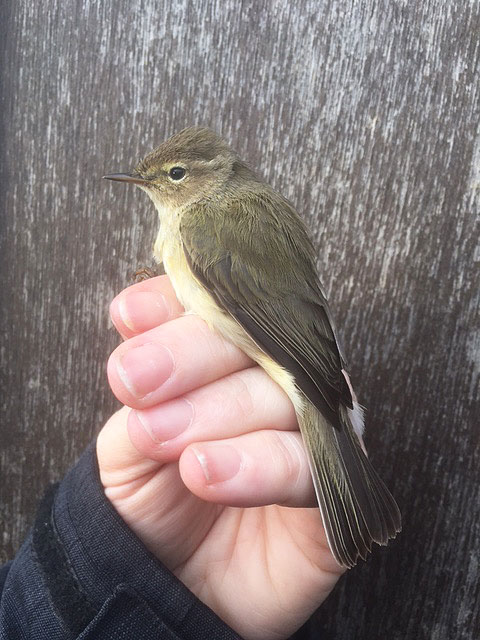 Goldcrests arrived in small numbers during the morning, with about 8 all told but there were not as many wagtails today although a White wagtail was recorded. Finches included 4 Goldfinch and a Siskin. A drake Eider was on the sea off the north end, probably the bird seen yesterday, also 2 Great Crested Grebes.