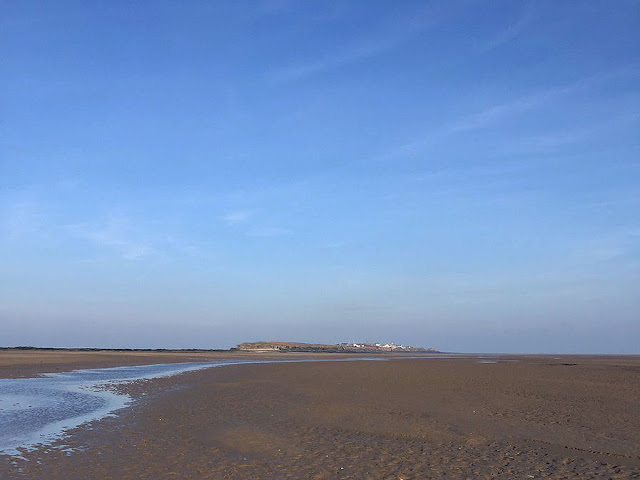 The day started well with 2 Peregrine on the sand of the east hoyle. A Song Thrush was on middle and Goldfinch flew over with a further 4 on the main island later, other migrants included 12 Lesser Redpoll (one of which was trapped and ringed, below) 5 Goldcrest and the first Collared Dove of the spring. 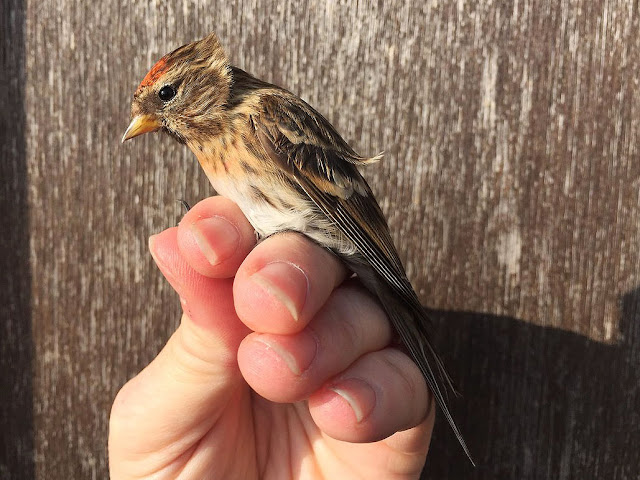 Not all of the Linnets present  were ‘local’ as 32 were counted, 8 Chiffchaff were about and a Sparrowhawk entered the Newton trap in an attempt to catch one. A Blue Tit and a Great Tit were in the obs garden.
A male and 2 female Pintail flew up the estuary on the west side in the morning with 4 Little Gulls and a single Gannet later.
Ringed: 5 Chiffchaffs, 2 Goldcrests, 1 Lesser Redpoll    [ 42-12 ]
Posted by Colin at 17:12