Only 1 Purple Sandpiper could be located today, with a few Turnstone on the west side. In Niffy Bay was a larger roost which gave a total of 78 Turnstone (again with the colour ringed bird), 58 Redshank and a single Bar Tailed Godwit.

About 200 Brent Geese were in the lagoon after tide and 454 Shelduck were strung out along the tideline by the marsh. The Eider were spread out around the islands and only 11 were found, 1 Guillemot flew by the north end and 3 Common Scoter were out on the rocks on the east side (2 males and a female). A Little Egret and 4 Heron were west of Middle. 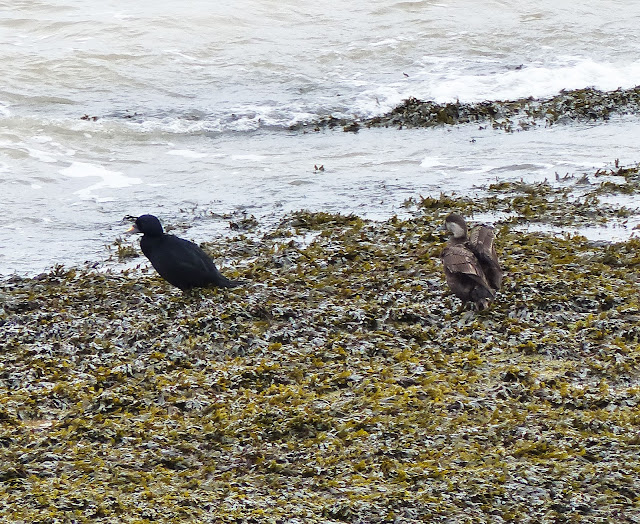 A Rock Pipit was around the north end and the 18 Meadow Pipit present had quite a few ringed birds amongst them so were probably all ‘island’ birds. Two Song Thrush were in the sk paddock as was a Dunnock, 3 Skylark flew over and the 2 resident Carrion Crow chased off a visiting pair. The Kestrel is still active around the islands. 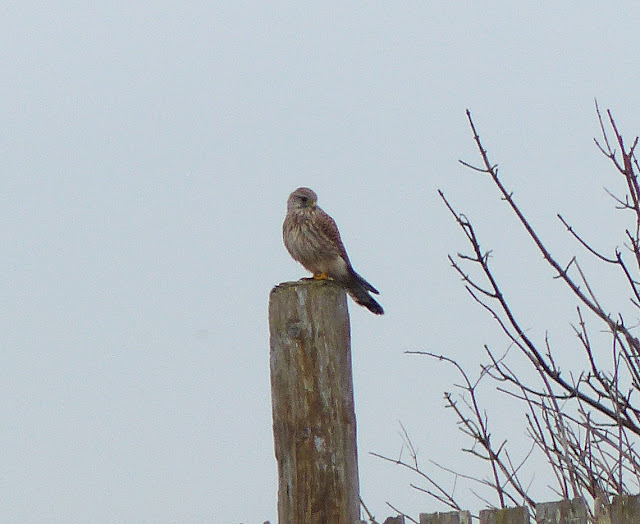 photos AS
Posted by Colin Jones at 21:31