There was a small mixture of passerines about during the morning. Two Goldcrest were present along with 2 Reed Bunting on the ground and another flying over, also small numbers of Linnet, Goldfinch, Greenfinch and a Siskin. There were 10 Wren on the main island, including one which found its way into the Obs kitchen!  At least 14 Redwing were heard on the way over before dawn with a Blackbird and 2 Song Thrush on the island. 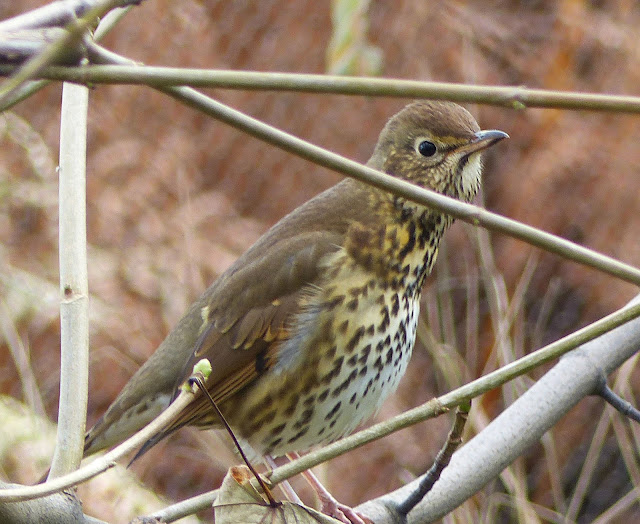 The Kestrel is still present and a Peregrine was about during the morning with evidence of a kill, possibly a Redwing!
The Brent Geese were counted at 257 and Shelduck 450. Eider have increased to 12 , 2 Little Egret were in the gutter and 6 Grey Heron were west of the islands. 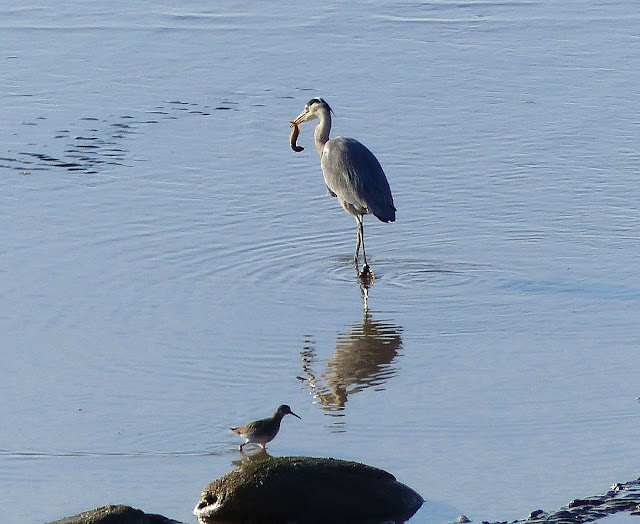 Best of the waders were 8 Purple Sandpiper, sometimes difficult to see against the shore. 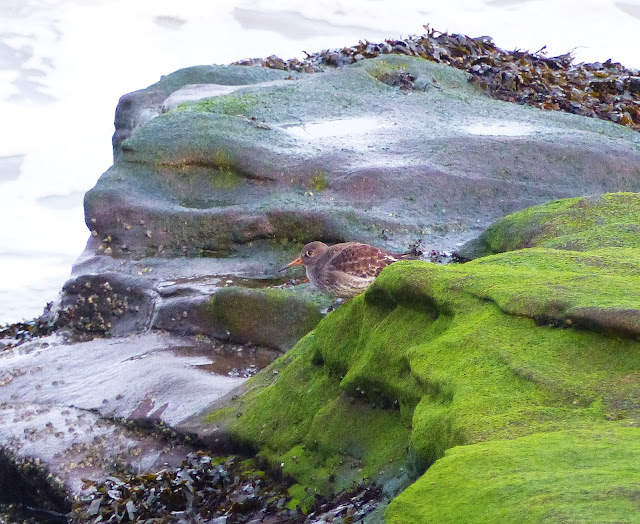 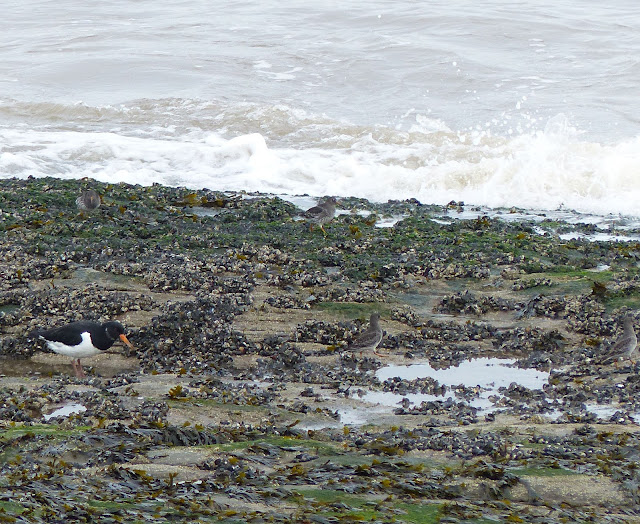 A good count of Curlew was 178 with 61 Turnstone including a colour ringed bird, singles of Ringed and Grey Plover and 76 Redshank.

For a change a picture at sunset rather than sunrise. 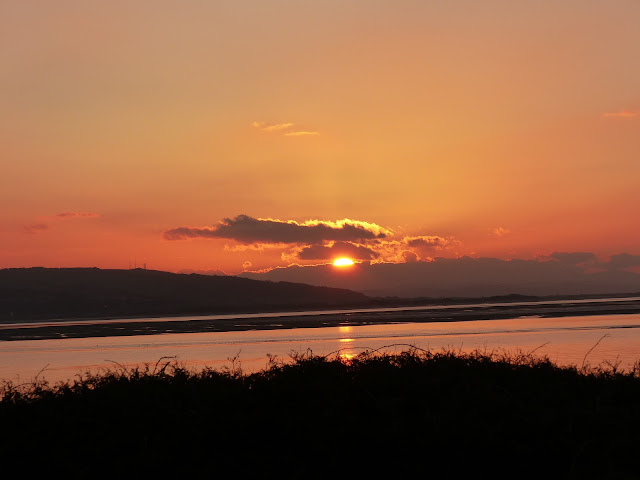