Another nice day on the island, although overcast conditions and no photographer on the island so we have put some more shots of the island over the last two days above and below. 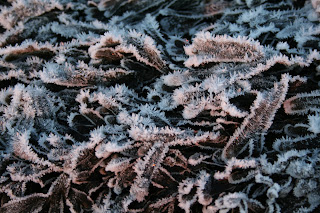 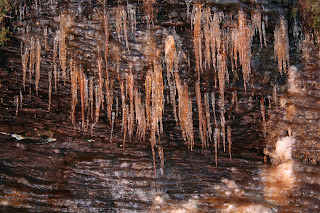 The highlight of the day was 10 more White-fronted Geese that passed right over the Bird Observatory garden and a further 1,200 Pink-footed Geese that were all heading towards the sanctuary of the Lancashire mosslands (and probably Martin Mere WWT Reserve). 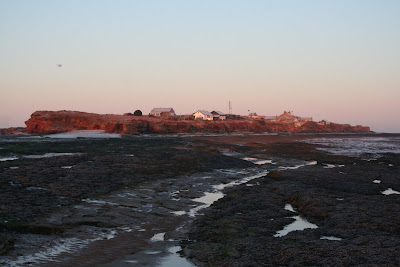 However, they weren't the only birds around with winter thrushes still in evidence - 8 Song Thrush, 8 Redwing and 5 Blackbirds seen and other passerines included 2 Rock Pipits. Brent Geese increased back to 140 and wildfowl was represented further by 4 Wigeon, 2 Teal and the female Goldeneye off the North End. Up to thirty of these beautiful little sea-duck are residing at West Kirby Marine Lake at the moment (see below hilbre in the background) along with up to 32 Red-breasted Mergansers, 5 Shags, 12 Cormorant, 2 Scaup (drake and duck), 13 Tufted Duck and even 2 drake Pochard! 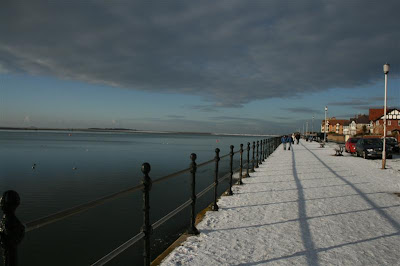 Back on the island over 150 Shelduck were recorded but only 7 Purple Sandpipers.
DB (Photos CJW and SRW)
Posted by Hilbre Steve at 13:10