Cold and sunny again and good birding continues. A Common Snipe was found on Middle and 2 more on the main island (right), 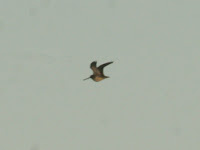 and then a Woodcock was flushed from the lower paddock which stayed around the island for the whole morning, later being disturbed near the south end and again from next to the main path (below right and two below left and right). Thrushes seemed to be everywhere, day totals were logged at 33 Redwings (below left), 32 Fieldfare, 8 Song Thrushes and 6 Blackbirds, although there may well have been many more. 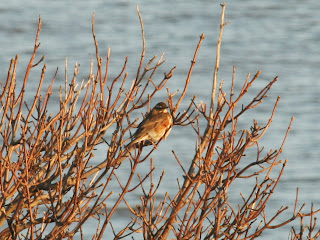 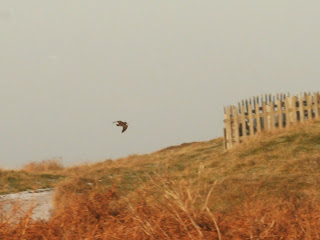 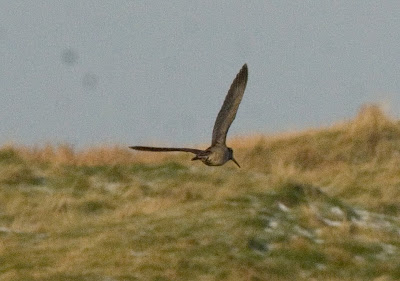 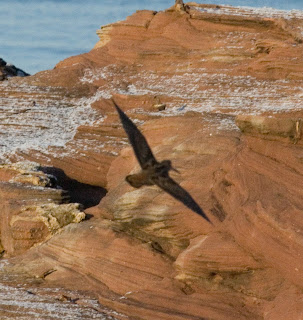 Duck were also much in evidence with 10 Scaup, 3 Teal, 2 Wigeon, 2 Mallard and a female Goldeneye.

The Velvet Scoter from yesterday could still be seen but telescopes were needed today to identify it from a greater distance. (Another photo from yesterday below right).
Lapwings went through in parties of 21 and 23 as well as ones and twos, although Skylarks were fewer with only 4 during the morning, and just a single Starling was noted. 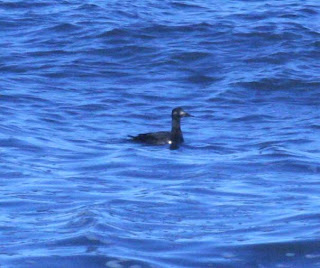 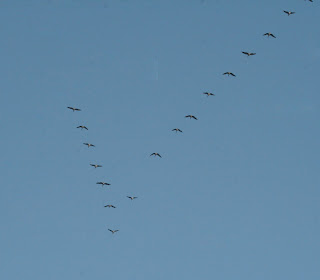 followed by a larger flock of 170 birds heading out of the estuary in the same direction. 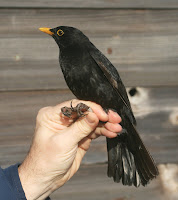 Ringed today :- 3 Redwings, 2 Blackbirds, 1 Song Thrush. A Blackbird (right) was retrapped that had gained 10 grams in weight in just 4 days. this represents about 10% of its body weight and seems to suggest that Hilbre is very desirable feeding habitat for thrushes in this very cold weather.